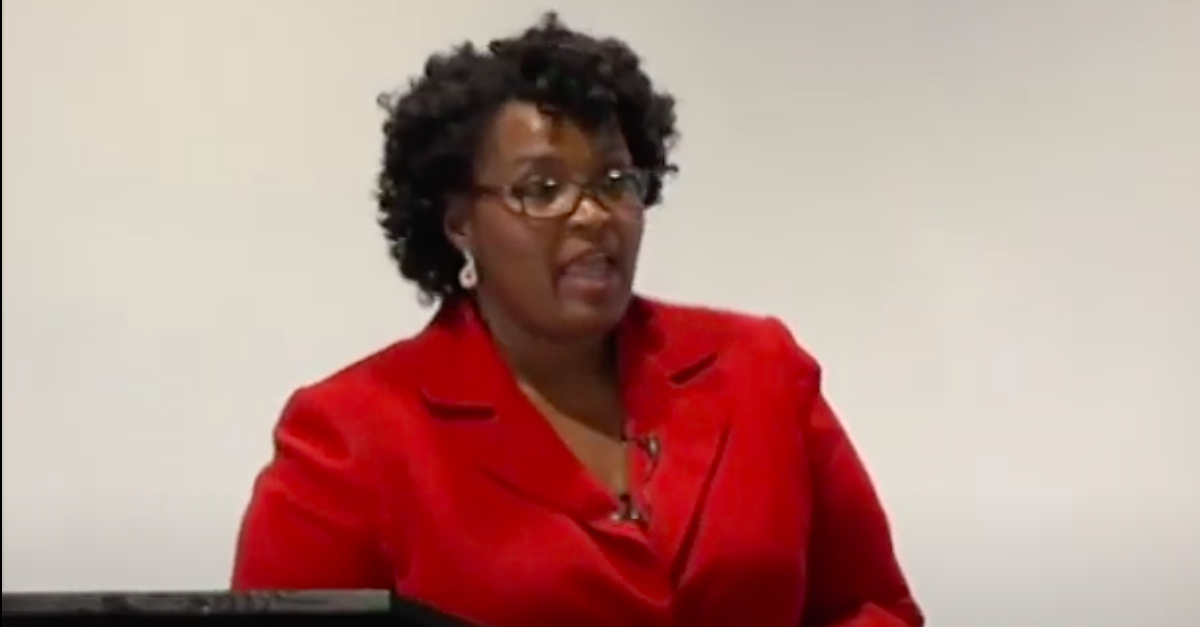 A federal judge on Monday evening sided with a voting rights organization seeking to prevent two counties from purging thousands of “targeted voters” from their voting rolls less than two weeks ahead of the state’s highly consequential Senate runoff elections.

The controversy stems from the election boards in Ben Hill County and Muscogee County voting to remove the names of more than 4,000 individuals whom they claimed had moved out of state based on unverified data obtained from the National Change of Address (NCOA) registry. “Targeted voters”—those whose names appeared on the NCOA registry list—attempting to vote in-person would only be permitted to cast provisional ballots, while those seeking to vote via mail would have to provide additional evidence of residency before being sent a ballot.

Voter outreach organization Majority Forward challenged the boards’ “targeted voter” decisions, claiming that the NCOA is “notoriously unreliable,” and cannot be the basis for challenging the eligibility of  lawfully registered voters.

“Plaintiffs argue that the Boards’ actions severely burden the right to vote by imposing unjustifiable barriers to casting a ballot in the Runoff Elections in violation of the First and Fourteenth Amendments,” Judge Gardner wrote in the 11-page ruling. “Here, the Boards’ decisions to sustain the challenges risk disenfranchising thousands of voters. As explained above, the challenges were submitted less than a month before the Runoff Elections, there is no evidence Defendants received written confirmation from the voter of a change of address, and the challenges did not include the individualized inquiries necessary to sustain challenges made within 90 days of a federal election.”

The defendant counties filed a motion on Monday requesting Gardner recuse herself from the case. The defendants’ attorneys said they also represented a group dedicated to preventing voter fraud that was being sued by Stacy Abrams’s organization “Fair Fight.”

“Abrams’ interest could therefore be substantially affected by the outcome of this proceeding,” the motion stated. “For this reason, Judge Gardner’s impartiality might reasonably be questioned were this case to proceed before her. The Muscogee County Defendants respectfully request that Judge Gardner recuse herself from further involvement in the present case.”

Under Gardner’s order, the counties cannot force targeted voters to cast provisional ballots or require additional information for mail-in ballots until after the Jan. 5 runoff elections. The pair of elections will determine whether Republicans will keep their majority in the Senate. If Democrats win both elections, VP-elect Kamala Harris emerges as a potential tiebreaker.

Read below for the full ruling:

GA Order by Law&Crime on Scribd