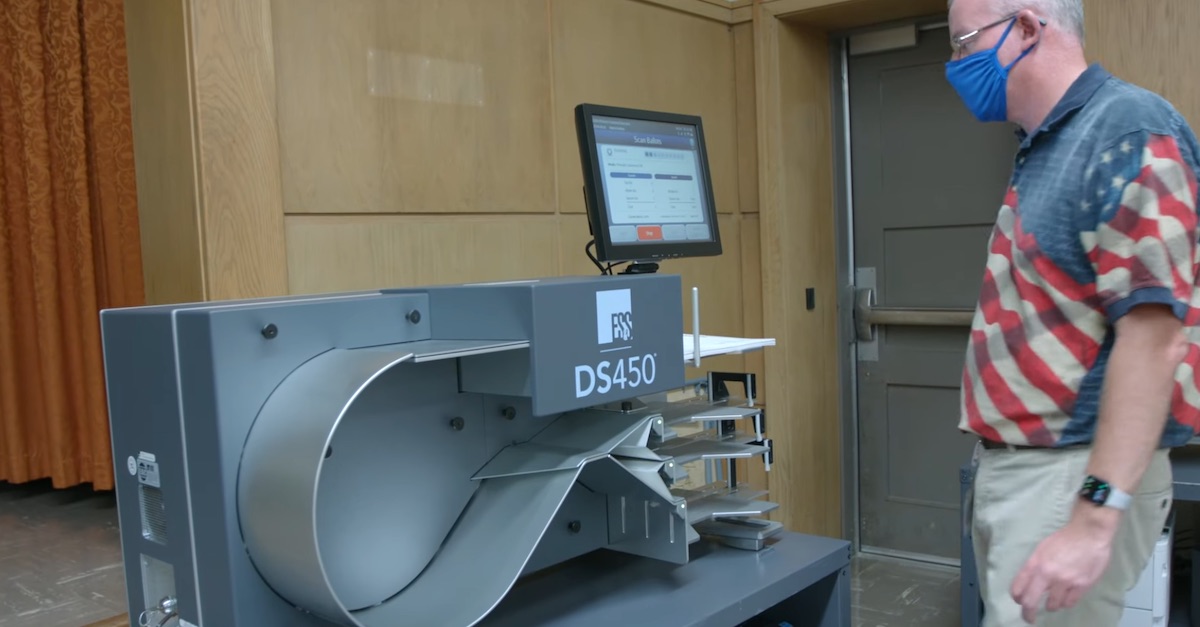 Some two hours into a hearing that could affect ballot-counting in the key battleground state of Pennsylvania, a federal judge on Wednesday morning told attorneys for the Republican challengers that they had not explained the crux of their Election Day lawsuit.

“I don’t understand how the integrity of the election was affected,” U.S. District Judge Timothy Savage, a George W. Bush appointee, remarked. “That’s what I’m looking for.”

That pronouncement spells trouble for failed political candidate Kathy Barnette, whom the Associated Press reported lost in a landslide to the Democrat in her congressional race for Pennsylvania’s District 4, serving Montgomery County. Barnette trailed the winner, Madeleine Dean, by double-digits when the race was called. Three-quarters of all ballots were counted when today’s hearing began.

But Barnette’s legal battles at the Eastern District of Pennsylvania resumed at 9 a.m. Eastern Time in Judge Savage’s court, as her attorney Thomas Breth volleyed one pointed question after another from the bench.

Before Election Day, Montgomery County gave voters who submitted mail-in or absentee ballots that appear to be defective a chance to cure the error, including by adding a security envelope if one is missing. The Republican challengers claim that is unconstitutional, and Judge Savage pressed their counsel on what would happen if he were one of those voters

“What happens to my vote?” Savage asked.

For the county’s lawyer Michele Hangley, the Republicans’ position sounded suspiciously like setting a “trap” to deprive people of their right to vote.

“The election code, it’s not meant to be a trap” in order to disenfranchise voters, Hangley noted.

Savage replied that the purpose of Pennsylvania’s election code is to enfranchise voters.

“That is correct,” Hangley agreed.

An attorney for the Democratic National Committee, which intervened in the lawsuit, argued that the GOP challengers gave up their strategy by waiting until Nov. 3 to file, arguing that the timing revealed the litigation to be an attempt to disenfranchise rather than an effort to vindicate a legal right.

Lee Soltysiak, the chief operating officer for Montgomery County, testified that both parties knew about their practice of letting voters correct potential defects in mail-in ballots before Election Day.

Judge Savage gave the challenges opportunity for additional briefing, before adjourning today’s hearing without a ruling from the bench.

[Image via State of Pennsylvania]