The Truth About Clinton’s Handling of Kathy Shelton Rape Case 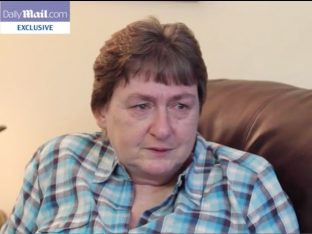 There has been a lot of talk over the past 24 hours about the four women Republican presidential candidate Donald Trump invited to the debate last night.  Three of the four women have all accused former President Bill Clinton of some form of sexual misconduct, including rape, over the past 40 years.  The three women also accuse Hillary Clinton of smearing them in an effort to protect her husband’s (and her own) political career.  The fourth woman, Kathy Shelton, has a different connection to Hillary Clinton that has not been fully explored by much of the media.

Trump introduced Shelton to the audience last Sunday night during the debate and talked about her story of being raped back when she was 12-years-old. He then said that Hillary Clinton represented the accused rapist and Trump claimed that Clinton “got him off, and she’s seen laughing on two separate occasions, laughing at the girl who was raped.”

If you went online in the past 24 hours and searched for information on Shelton you might have seen some “fact checkers” like snopes.com calling the claim “mostly false” or Politico dismissing Trump’s remarks as “totally false” and “thoroughly debunked.”

However, as explained below, the reality of Clinton’s handling of the Shelton rape case and her comments about the matter years later is far more complex.

Back in 1975, Clinton was working at a legal clinic at the University of Arkansas when she was appointed by a judge to represent a 41-year-old factory worker who was accused of raping a 12-year-old girl.  As was preciously mentioned, that young 12-year-old girl was Kathy Shelton.

Court documents show that as part of her defense strategy in the case, Clinton filed a motion for a psychiatric examination of Shelton.  Clinton also signed a sworn affidavit that claimed Shelton was “emotionally unstable with a tendency to seek out older men and to engage in fantasizing.”  The affidavit also accused Shelton of having made “false accusations” against others in the past.

Before the case went to trial, state investigators lost crucial evidence, including portions of the defendant’s underwear that contained blood stains and semen.  Clinton also found an expert witness in New York state that was willing to provide testimony that would cast doubt on the remaining blood and semen evidence available in the case.

Prosecutors then offered a plea deal in the case that reduced the charges from rape to unlawful fondling of a child.  The defendant was sentenced to one year in jail, but only served about two more months after including time served.

Clinton briefly mentioned the case in her book Living History back in 2002, but the case largely flew under the radar until 2014.  That is when the Washington Free Beacon published previously unheard audio recorded in the 1980s in which Clinton candidly discussed her recollections of the case with a local Arkansas reporter.  In the recordings, Clinton can be heard laughing in the interview when discussing certain details about the case.   Listen for yourself:

After the tapes came out in 2014, Shelton spoke to the Daily Beast about the case, telling the online news outlet, “Hillary Clinton took me through Hell.”

Shelton added, “I would say [to Clinton], ‘You took a case of mine in ’75, you lied on me… I realize the truth now, the heart of what you’ve done to me. And you are supposed to be for women? You call that [being] for women, what you done to me? And I hear you on tape laughing.”

Shelton said the statements Clinton made in the sworn affidavit about her seeking out and fantasizing about older men, and making previous false allegations of sexual abuse were outright lies on Clinton’s part.

“I’ve never said that about anyone. I don’t know why she said that. I have never made false allegations. I know she was lying,” Shelton said. “I definitely didn’t see older men. I don’t know why Hillary put that in there and it makes me plumb mad.”

In a May 2016 report on the 1975 rape case, CNN said no evidence has ever emerged to support the claims made in that affidavit.

There is no question that child rape cases are some of the most difficult matters for attorneys to handle. In Clinton’s defense, it does appear that she was appointed to handle the case by a local judge and any attorney knows that you cannot really turn down a case that a judge appoints you to handle.  As the defendant’s attorney, Clinton also had a duty to represent him to the best of her ability.  Seeking out expert witnesses is part of that duty.

When it comes to the claims made in the affidavit, however, things are a little different.  In the past, Clinton has defended the assertions she made in the affidavit by saying that she was simply repeating what defense experts and investigators told her.  Yet, according to the victim and other media reports, there seems to little to no evidence to support those claims.  Filing a false affidavit would be way outside the scope of a lawyers ethical obligation to vigorously defend their client.