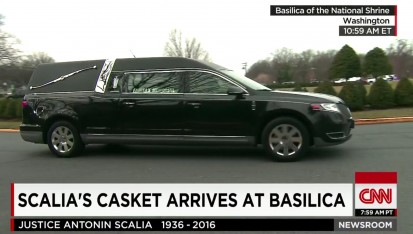 A funeral Mass for Supreme Court Justice Antonin Scalia will be held at 11:00 a.m. on Saturday at the National Shrine of the Immaculate Conception in Washington, D.C.  The funeral mass will be celebrated by Scalia’s son, Rev. Paul Scalia, a Catholic priest in the Arlington, VA diocese.  All of Scalia’s colleagues on the current Court will be in attendance, along with retired justices John Paul Stevens, 95, and David H. Souter.