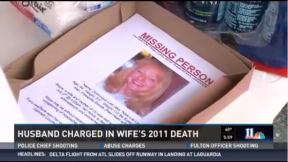 A Georgia man will go on trial this week for murdering his wife who disappeared more than four years ago. In an unusual twist, the man’s teenage daughters released a YouTube video declaring their father’s innocence, and pointing out some bizarre behavior exhibited by their mother before she vanished.

With jury selection now under way in Matthew Leili‘s murder trial, the most striking element of this intriguing case could be the Leili children and their zealous defense of their Dad. The articulate girls may end up testifying on their father’s behalf.

“We had a really good childhood,” Amanda Leili said, sitting next to her sister Rebecca in the video.

Dominique “Nique” Leili, a 44-year old mother of two, went missing four and half years ago. While a family search party found her body days later, her death remained a cold case for many years. That all changed in March 2015. Her husband, Matthew Leili, was arrested after investigators reexamined evidence from a seized family computer — authorities have yet to disclose the details. Two months after their father’s arrest, the Leili daughters published a YouTube video, “Nique’s Kids Speak Out,” in defense of their father.

The young girls paint a suspicious picture of their mother’s family. The teenagers recalled conversations that shed light on their mother’s contempt for her own family and her desire to keep her daughters away from them. 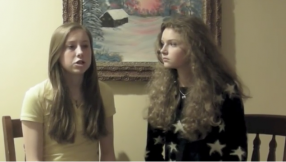 “They’ve never liked my Dad…I can see the hatred that they have for my Dad and it’s just ridiculous the lies they are spreading,” Amanda said as her sister Rebecca sat quietly besides her.

In a 911 call placed by Nique Leili before she disappeared, the mother of two told a Gwinnett 911 dispatcher, “My husband refuses to let me leave the house.”

But, her daughters tell a different story. Amanda remembers running downstairs to check in on the commotion only to see her mom throwing things — including a shoe being thrown at her Dad which Rebecca had to dodge.

“She called 911 and said that my Dad wouldn’t let her leave the house, but that wasn’t true because he was sitting on the couch with us when she called 911,” Amanda recalls. Nique Leili’s odd behavior, in which she refused to look at the police, is corroborated by written police reports and home security camera footage. 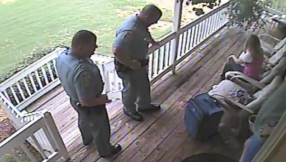 Here is what the girls thought was very suspicious:  “Alex and her sister and Amy managed to get a search party together and find her body in seven minutes and the news crews happened to be there to find this all? I find this really suspicious and off-putting,” Amanda said.

“The lies have reached the point that’s ridiculous, the media and the news picked up on a Jerry Springer-type sob story of domestic violence and they spread it like wildfire all over the place and the family is making sure that we can’t say anything, we can’t argue to keep their dirty laundry from being aired…”Amanda says before Rebecca interjects, “[N]ow’s our chance.”

“We just want our Dad home,” Amanda said before continuing, “Honestly, we can’t wait to face this family in court and call out their lies.”

Jury selection is expected to continue in their father’s trial on Tuesday.

Check out their video below.