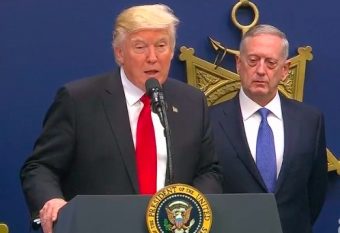 A Los Angeles federal judge issued a temporary restraining order blocking enforcement of part of President Donald Trump’s immigration and refugee ban. This order may be the most sweeping order yet against Trump’s executive action.

U.S. District Judge Andre Birotte Jr. ordered the federal government late Tuesday to allow the 28 Yemeni-American plaintiffs in the new lawsuit to be granted entry to the United States on the grounds that they obtained valid visas overseas and were unlawfully blocked from entering the United States.

Unlike the previous federal court orders that appeared to focus on mandating the release of detained travelers who already arrived at U.S. airports,  Birotte’s order requires federal officials to allow persons from the seven banned countries to come to the United States even though they are still overseas, so long as they have valid U.S. immigration visas.

Birotte, the former U.S. Attorney for the Central District of California in Los Angeles, is the sixth federal judge to issue an order freezing part of Trump’s travel ban. This new case is Mohammed v. United States.

Birotte’s order was broadly worded and not restricting to helping the plaintiffs.

Not only did Birotte block federal officials “from … removing, detaining, or blocking the entry of Plaintiffs,” but the judge also froze the removal, detention and blocking the entry of “any other person from Iran, Iraq, Libya, Somalia, Sudan, Syria and Yemen with a valid immigrant visa.”

Judge Birotte also ordered the federal government “to IMMEDIATELY inform all relevant airport, airline, and other authorities at Los Angeles International Airport and International Airport in Djibouti that [the Yemeni] Plaintiffs are permitted to travel to the United States on their valid immigrant visas.”

The lawsuit and related filings were filed Tuesday under seal. The plaintiffs are 28 Yemeni-Americans, including United States citizens living here and family members who remained behind in Yemen but had received immigrant visas to come to the U.S., according to a newspaper report.

Before Birotte issued his order,  judges in Los Angeles, Brooklyn, Boston, Seattle and Alexandria, Virginia issued different temporary injunctions restraining federal enforcement of parts of  Trump’s travel ban last weekend, although the other orders dealt with immigrants who had already arrived in the United States, not those  stranded overseas.

Trump’s executive order blocks citizens from Iran, Iraq, Libya, Somalia, Sudan, Syria and Yemen from coming to the U.S. for at least 90 days, bans refugees for 120 days, and bans Syrian refugees indefinitely. No new travel or immigration visas are being given to people from these countries.

When the refugee ban is lifted, Trump’s order says that the United States will give preference to minority religions in the seven Muslim-majority countries, and Trump told the Christian Broadcasting Network that his executive order would give priority to Christians.  “So we are going to help them,” he said of Christians in the Middle East.

In the Los Angeles lawsuit, the Yemeni families argued Trump’s order violates their right to due process, unlawfully targets Muslims based on their religion in violation of the First Amendment, among other constitutional arguments.

The plaintiffs had left war-torn Yemen and obtained their U.S. immigration visas in the nearby country of Djibouti, Africa, after completing the U.S.’s vetting process and before Trump issued his executive order, but were blocked from leaving Africa.

Birotte instructed government attorneys to file written arguments defending the executive order and both sides to appear at a Feb. 10 hearing.

Editors Note: This story has been updated to add details about the order.