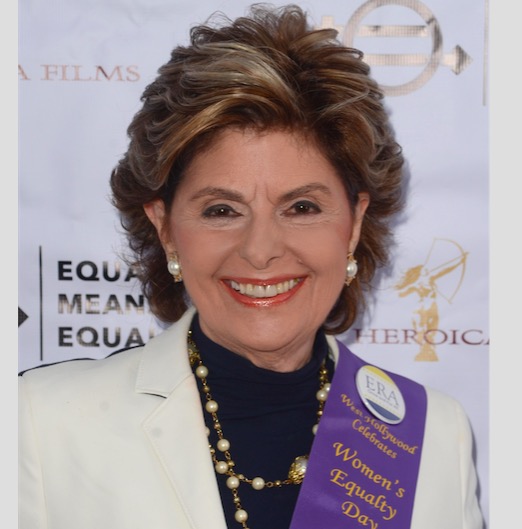 LawNewz.com has confirmed that the State Bar of California has opened up an investigation into possible misconduct by high profile California attorney Gloria Allred.

Allred is a renowned civil rights attorney, who is known for getting involved in controversial celebrity cases, especially those involving allegations of sexual assault and discrimination. Most recently, she announced a defamation lawsuit against President Donald Trump on behalf of Summer Zervos, a former Apprentice contestant who claims Trump groped her. She is also representing several women who have accused comedian Bill Cosby of sexual assault.  According a letter from the State Bar of California viewed by LawNewz.com, her case has been forwarded to the State Bar’s Enforcement Unit for further investigation and possible prosecution.

It is not clear specifically what the State bar is investigating, but they typically only open investigations after receiving complaints from consumers, other attorneys, or former clients. According to the State Bar’s website, not all complaints are sent to the Enforcement Unit for further investigation.

“If it appears, however, that the attorney may be a repeat offender or have committed a violation where there is a serious likelihood of discipline being imposed, an investigator and a Bar prosecutor from the Enforcement Unit take over the investigation,” the California Bar’s website states. According to records, Allred has no disciplinary history with the State Bar of California, but experts say the fact the complaint was “taken up the chain” could be significant.

“There could be many reasons why the complaint was set to the Enforcement Unit,” Zachary Wechsler, a California attorney who represents other lawyers during bar investigations told LawNewz.com. “I would be reluctant to read in that she is in serious trouble … she could be if there are charges eventually filed.” So far, no formal charges have been filed against Allred.  The range of possible discipline in bar investigations includes reproval to disbarment.

According to a report, the California State Bar received more than 15,000 bar complaints against California lawyers in 2015. Of those, formal discipline was imposed in 990 cases, and 421 lawyers were suspended or disbarred.

The State Bar can not confirm or deny the existence of an investigation, and a complaint only becomes public when disciplinary charges have been filed in State Bar Court. So far, Allred has not responded to a LawNewz.com request for a response to this story.

LawNewz.com will update this story if we receive more information.

Someone has attempted to shake me down by threatening to report me to the State Bar unless I paid him a large sum of money. I have refused to pay this individual any amount of money.  I will not be threatened or bullied by false accusations.

I have a spotless record with the State Bar in the more than 40 years that I have been an attorney.  I have no intention of allowing anyone to harm my reputation by making allegations against me which have no merit.