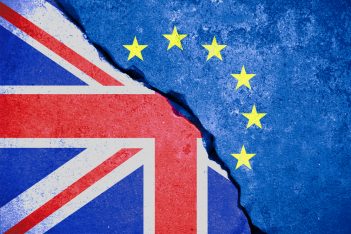 A British court put the breaks on the Brexit, ruling the Parliament now must also approve the measure before the country can begin the process of leaving the European Union.

The New York Times reports the decision was handed down by the High Court after a lawsuit was filed that challenged the procedure for invoking Article 50, the legal mechanism for negotiating an exit of the European Union.  The plaintiffs successfully argued lawmakers must be allowed to weigh in before Article 50 could be invoked.

“The most fundamental rule of the U.K. Constitution is that Parliament is sovereign and can make or unmake any law it chooses,” the judge wrote in the opinion.

British Prime Minister Teresa May had planned to begin taken steps to leave the E.U. by the end of March.  She promised to appeal the ruling to the Supreme Court and it is set to be heard in December on an expedited basis.

However, even if the High Court ruling stands, it is not expected to prevent a departure from the E.U. because lawmakers previously voted in large numbers in favor of holding the referendum and they agreed to accept the results.  A decision to uphold the High Court ruling would likely have the effect of giving the whole of Parliament a larger stake in the negotiation process, instead of a majority of the negotiating power resting with the Prime Minister.