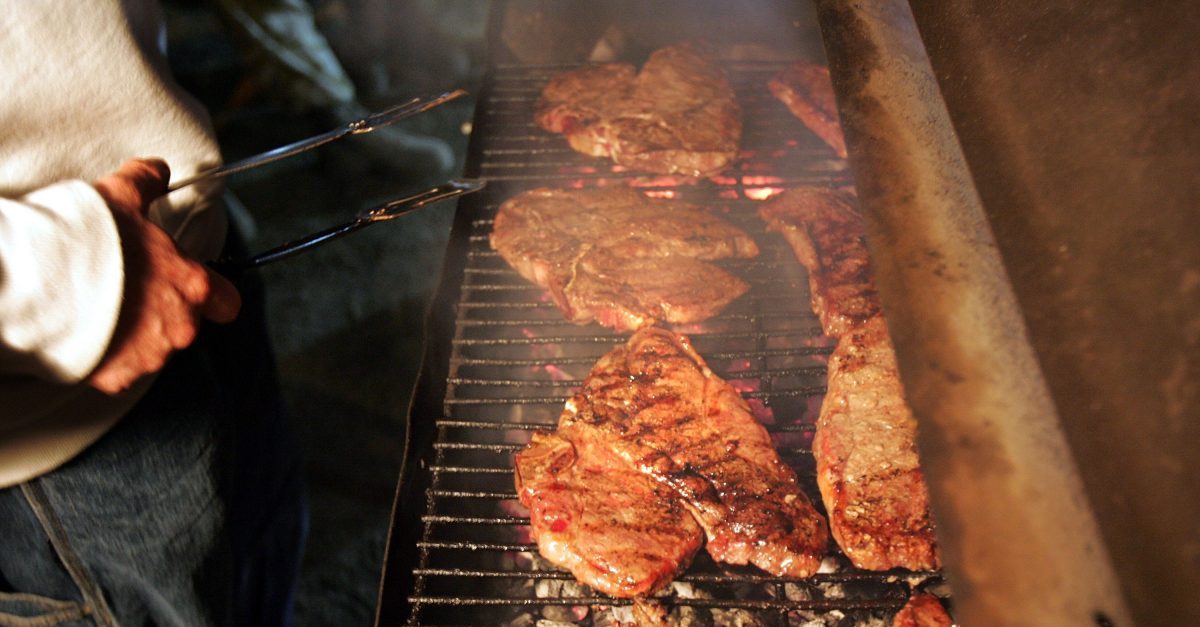 The Supreme Court ruled on Tuesday that aliens subject to deportation can be detained without a bond hearing if they fall under certain statutory specifications, even if the government waited years to apprehend them. Much of the debate between conservative and liberal justices centered on how the specific language of a statute should be read. This led Justice Stephen Breyer to use a steak recipe to show why he believes the majority’s interpretation was not exactly well done.

(A) is inadmissible by reason of having committed any offense covered in section 1182(a)(2) of this title,

(C) is deportable under section 1227(a)(2)(A)(i) of this title on the basis of an offense for which the alien has been sentence [1] to a term of imprisonment of at least 1 year, or

Basically, the statute says that aliens who have committed certain crimes (specified in subcategories A-D) who are then released, face mandatory detention by the Department of Homeland Security. This means that they are not granted bond hearings, so they have no chance of being granted release prior to their deportation cases being heard. The case before the Supreme Court dealt with individuals who were not detained by DHS until well after they had been released from criminal custody. The majority, overruling a lower court decision, said this was fine, while Breyer (joined by Sotomayor, Ginsburg, and Kagan) said that because they weren’t apprehended by DHS right away, they should have been granted a bond hearing once they were finally picked up.

The majority said this isn’t a question, because the statute refers to “any alien” who falls under those four categories in subsections A-D, and the people involved in this case all fall under those categories. Alito wrote that the statute doesn’t provide any qualifiers for those who might be exceptions.

Breyer disagrees, stating that the phrase “when the alien is released” is instructive for when the person has to be detained in order to be deprived of a bond hearing. Alito said that basic grammar contradicts this, because “when the alien is released” is a phrase that modifies the action of “take into custody,” and not “alien.” Therefore, he says, all aliens that fall under those A-D categories are subject to mandatory detention.

That’s where Breyer’s steak recipe comes into play. He uses instructions for grilling meat to argue that Alito’s reading of the statute doesn’t make sense, and that while the phrase “when the alien is released” may not grammatically modify “alien,” it still describes it.

“Imagine the following cookbook recipe,” Breyer writes. “Instruction (1) says: ‘(1) Remove the Angus steak from the grill when the steak is cooked to 120 degrees Fahrenheit.’ Instruction (4) says: ‘(4) Let the steak described in Instruction (1) rest for ten minutes and then serve it.'”

Breyer goes on to ask, “What would we say of a chef who grilled an Angus steak to 185 degrees Fahrenheit, served it, and then appealed to these instructions—particularly the word ‘described’ in Instruction (4)—as a justification? That he was not a good cook? That he had an odd sense of humor? Or simply that he did not understand the instructions?”

The Justice makes the comparison to the case, saying:

The steak “described in Instruction (1)” is not just an “Angus” steak, but an “Angus” steak that must be “remove[d] . . . when the steak is cooked to 120 degrees Fahrenheit.” By the same logic, the alien in paragraph (1) is “described” not only by the four clauses—A, B, C, and D—that directly modify the word “alien,” but also by the verb (“shall take”) and that verb’s modifier (“when the alien is released”).

Just like the steak recipe requires the meat to be taken off the grill at a specified time, Breyer argues, so to an alien must be detained “when the alien is released.”