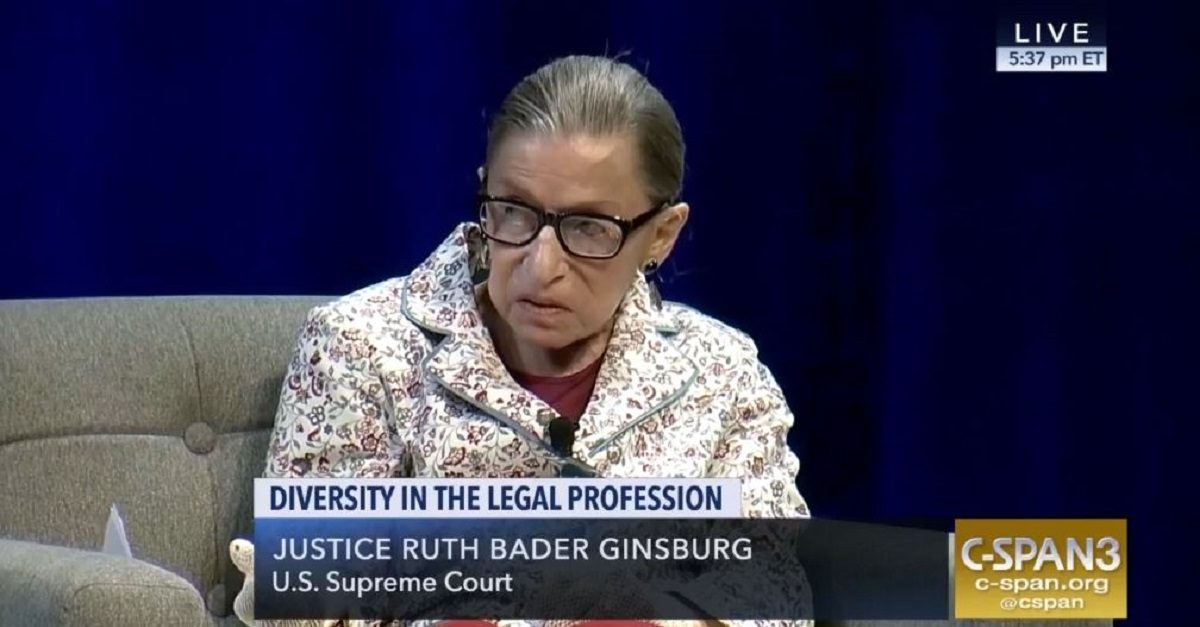 Supreme Court Justice Ruth Bader Ginsburg isn’t pulling any punches when it comes to her thoughts on how Supreme Court confirmations are conducted these days. During a discussion on Wednesday, she was asked to compare the current confirmation process for nominee Brett Kavanaugh with her own confirmation 25 years ago.

“The way it was was right. The way it is is wrong,” the 85-year-old justice said during an event held by the National Asian Pacific American Bar Association.

Ginsburg recalled her own confirmation process, which she described as “truly bipartisan,” despite her left-leaning tendencies. She said when the White House was preparing her for her hearing in 1993, her handlers “were very nervous” that she’d be grilled over her decade of work for the ACLU.

“And not a single question, no single Senator asked me any question. Not about that,” Ginsburg said, noting that despite her liberal credentials, “the vote on my confirmation was 96 to 3.”

Ginsburg compared that to her own experience, and to the confirmation of her late friend, the staunch conservative Justice Antonin Scalia, who was confirmed with a 98-0 vote in 1986.

“That’s the way it should be, instead of what it’s become, a highly partisan show,” Ginsburg said. “The Republicans move in lockstep, so do the Democrats. I wish I could wave a magic wand and have it go back to the way it was.”