What are Arkansas’s Republican Delegates Rules? 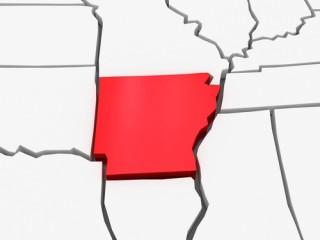 With the Republican National Convention approaching, the specter of a brokered convention looms like a mysterious cloud over the Presidential race. There’s been a lot of talk over not just who will have the most delegates beforehand, but if and how each state’s delegates could change sides. Here’s a rundown of the rules for Arkansas, and how it impacts the overall situation.

How many delegates are there? 40 delegates were up for grabs in the state primary.

How many did each candidate win? Donald Trump won 16, Ted Cruz won 15, and Marco Rubio, who dropped out of the race, has nine delegates.

At what point can delegates switch candidates? In Arkansas, delegates are bound to their candidates for the first ballot at the convention. If the nomination has not been decided after the first round of voting, all delegates are free to support any candidate they choose.

What effect could this have on the convention? With 40 delegates split fairly evenly between Trump and Cruz, things could get interesting if a nominee isn’t determined after the first ballot at the convention. Both candidates would have to work hard, not only to convince the other side’s delegates to join them, but to hold onto the ones they currently have. A big swing in either direction could be a difference-maker.