What are Delegates? What are Brokered Conventions? | Law & Crime

Delegates? Brokered Conventions? We Explain What It All Means 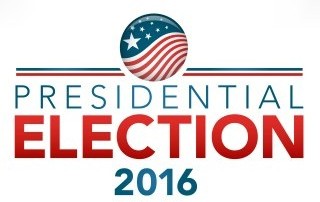 With the third Super Tuesday taking place this week, and the fate of multiple campaigns seemingly in the balance, LawNewz.com decided to delve into the process behind selecting the Democratic and Republican nominees for the general Presidential election.

The key word these days seems to be delegates.  Who has them, how many, will anyone have enough?

First off, who are these people? The media tends to talk about delegates and superdelegates like they’re pieces on a chess board instead of humans who hold these positions. The pledged delegates, who are bound to the candidates they’re assigned to, are typically local and state officials. Republican delegates also include the three members of the Republican National Committee in each state, but they are bound to vote with the other delegates, according to a report by the Congressional Research Service (CRS).

Democrats are a bit different, in that they have superdelegates. These are comprised of members of Congress, governors, members of the Democratic National Committee, distinguished party members (including former Presidents and Vice Presidents, former Democratic leaders of the Senate, Speakers of the House, and minority leaders), and former chairs of the Democratic National Committee. Superdelegates are not bound to vote for any particular candidate, and may shift their allegiance. They also make up over 16 percent of  Democratic delegates.

Many states assign delegates proportionally, based on how candidates perform in a given state’s primary or caucus, but states holding elections after March 14 are permitted to award Republican delegates on a winner-takes-all basis. Tuesday’s elections in Florida, Ohio, Missouri, and the Northern Mariana Islands are winner-takes-all. With Senator Marco Rubio and Governor John Kasich fighting to win their home states of Florida (99 delegates) and Ohio (66 delegates), respectively, victory could determine whether they stay in the race or drop out if the nomination seems out of reach. Both candidates are trailing Donald Trump and Ted Cruz by significant margins, but a big win can keep them in the running, and give them a boost in momentum.

In order to win the nomination, a Republican must have 1,236 out of 2,470 delegates, and the Democratic nominee would need 2,382 out of 4,763.  Going into Tuesday’s primaries, Trump has 469, Cruz has 370, Rubio has 163, and Kasich has 63. With the GOP race still having four candidates, it is possible that no one will have the required majority of delegates to secure the nomination before the Republican National Convention. Even if the field narrows, there is still the matter of those delegates assigned to candidates no longer in the race. What happens to them varies by state. In some cases they go to the remaining candidates, in others they have to stay with their original candidate until at least the first ballot of the convention (we’ll get to that soon).

The national convention for each party was originally when candidates would get delegates, through a process of deals between party leaders. Rules put in place by Democrats for the 1972 election put more power in the hands of voters by using the primary system to award delegates, and both parties opted for this method. Should the primaries not determine a clear cut nominee for a party, then the convention would take on its former role, with delegates voting in multiple rounds of ballots until a majority sides with one candidate. Fun fact: the 1924 Democratic National Convention required 124 ballots over the course of 17 days to nominate John Davis, just for him to lose to Calvin Coolidge. The deal-making, or brokering, that would go on to get delegates to change sides is why the term “brokered convention” is used to describe this.

Since the conventions typically don’t serve this function anymore, they’re used ceremonially to ratify the nominations that are made apparent by the primaries. The last night of the convention features an acceptance speech by the nominee, which kicks off their campaign for the general election.

The next few weeks could determine whether this year’s Republican National Convention will be the usual pep rally or an old-fashioned negotiating game.