WATCH OUT: Three Sneaky Ways That Politicians Could Weaken Office of Congressional Ethics 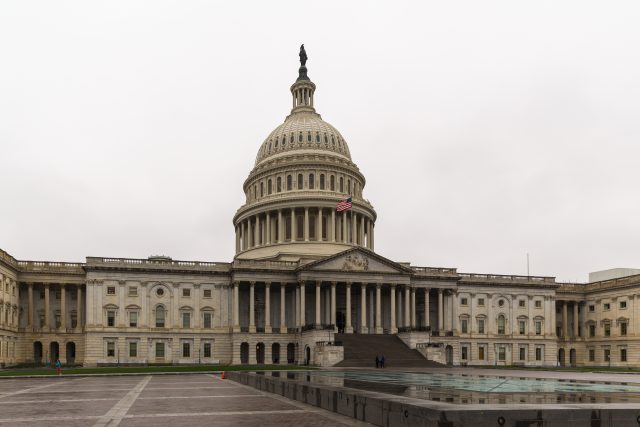 In 2008, following years of intense political scandal and front-page stories about House Majority Leader Rep. Tom DeLay (R-TX) and lobbyist Jack Abramoff, the House of Representatives established the Office of Congressional Ethics (OCE). It’s role is to accept and investigate allegations of ethics violations by members of Congress and their staff. The Office has no power to determine whether violations occurred or to mete out punishment, but it has brought new credibility to the congressional ethics process that previously was riven by partisan fighting and — more importantly — accurately viewed as more interested in protecting members of Congress than upholding high ethical standards.

In 2007, I testified in favor of the creation of an office charged with investigating allegations of misconduct against members of the House of Representatives — essentially acting as the investigator while the House Ethics Committee would act as the adjudicator. While the House did not wholly follow this model, the OCE was established and over the last 10 years it has compiled an admirable record of forging bipartisan consensus in conducting its fair investigations. At the same time, the OCE, unsurprisingly, remains unpopular with some House members and routinely faces threats to its independence and bipartisan credibility.

The latest attempt to weaken the office came from House Republicans in the dead of night on the day before the 115th Congress was sworn in. When news spread, watchdog organizations across the political ideological spectrum mobilized. Constituents called Congress in a blizzard of anger, Trump tweeted and the measure by House Republicans was eventually withdrawn.

But even with victory, the OCE did not escape entirely unscathed. A little-noticed rule slipped through will damage bipartisan ethics oversight by the agency: the provision now eliminates the requirement for each party leader to sign off on Republican and Democrat co-chairs. Instead, the House Speaker may now appoint whoever he or she pleases, reversing longstanding tradition that ethics issues be addressed in a bipartisan way (e.g. the House Ethics Committee is the only committee in the House with an equal number of Republicans and Democrats regardless of which party holds the majority).

Just a few days after this change was enacted, House Speaker Paul Ryan (R-WI) named former House Ethics Committee Chair “Doc” Hastings (R-WA) as chair of the OCE. Previously, Rep. Hastings was handpicked by then-House Speaker Denny Hastert (R-IL) to replace Rep. Joel Hefley (R-CO), whom Hastert fired because he was considered too tough in the Ethics Committee’s investigation of former House Majority Leader Tom DeLay (R-TX). Under Rep. Hastings’ chairmanship, the committee reversed course and took few actions on DeLay and other matters while he was Chair. Rep. Delay received the lightest form of punishment from the Committee — admonishment — but was later indicted for criminal violations.

After the debacle at the beginning of the 115th Congress, it is unlikely the House Republican leadership will again launch a frontal assault on the OCE. Rather, House Ethics Committee Chair Susan Brooks (R-IN) signaled she will hold a hearing on the independent agency and House ethics oversight by August. In the meantime, there may be more subtle ways, such as the rules change noted above, to undermine the work of the OCE. Here are a few:

First, leadership in the 115th Congress could take down the OCE website. Like many government entities, the website of the Office of Congressional Ethics is the portal for the public to engage with the independent agency, per its congressionally mandated role. The website shares information about duties the agency performs, provides a means for submitting allegations of a violation of congressional ethics rules and houses its public reports. Closing the site would risk the loss of institutional knowledge and reporting, while depriving the public of an avenue to ensure their government remains trustworthy and ethical.

In a similar vein and equally damaging would be the elimination of the OCE’s ability to speak publicly. There is no OCE staff person who is publicly identified as the spokesperson for the independent agency. It is not clear to the media or anyone else to whom one should go with questions regarding the work undertaken by the office. Further complicating this, at times when a reporter or member of the public calls the main number, the OCE answering machine states the mailbox is full. The office is designed to protect the public’s trust in government and if the public or journalists are unable to reliably learn about and reporting on the agency’s work, then the OCE fails in its purpose.

A third tactic would be to reduce investigative staff either through budget cuts or attrition. The OCE works under tight timelines for conducting its preliminary review (30 days) and its second-phase review (45 days). Reducing the number of staff would significantly affect the ability of the OCE to appropriately conduct its investigations. Just recently, an investigator left the OCE to join the White House Counsel’s office and it is unclear if he will be replaced.

Limiting the investigative powers of the OCE does not require a frontal assault by members of Congress; these under-the-radar tactics could hamstring the entity and leave it as dysfunctional as the Federal Election Commission. Last November the American people voted for accountability in our government, and the Office of Congressional Ethics remains the best way to ensure the public that their elected lawmakers are held to the highest ethical standards. Changes can be made to strengthen the congressional ethics process, but weakening or eliminating the OCE through partisan political maneuvers is the absolute wrong direction to go.

Meredith McGehee is the Chief of Policy, Programs and Strategy at Issue One.

Issue One is a nonpartisan nonprofit dedicated to reducing the influence of money in politics and putting Americans of all stripes back in control of their democracy. Issue One is generating a bigger, bolder movement for reform by recruiting new constituencies to the fight and elevating money in politics as the core civic issue of our time.