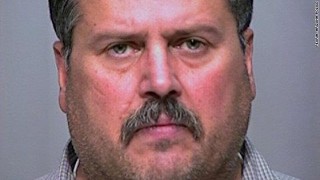 For the next few days, I am sure many will analyze Donald Trump‘s foreign policy speech. I’m sure fact checkers will find a slew of problems with it. But, one story that Trump mentioned is absolutely true, and does deserve attention.  When talking about how honor killings have reached the United States, Trump mentioned a case of a father who ran over his own daughter for being “westernized.” It is a case that I don’t think got enough attention when it happened. It should have.  It happened right in the United States. It is the case of Faleh Hassan Almaleki.  I was a local news reporter in Phoenix, Arizona and still remember covering the case very well. The facts surrounding the case are quite shocking. Almaleki’s daughter, who he ran over with his jeep, clung on to life for two weeks  before she eventually died. Meanwhile, he fled the the country — knowing full well the crime he had just committed.

What did his daughter do that caused him to go to such extremes?  20-year-old Noor Almaleki was supposed to marry a boy in Iraq. It was an arranged marriage. Even though Almaleki had moved his family to a suburb of Phoenix in the mid-1990’s, he grew upset when his daughter fell for another man and appeared to back out of the arranged marriage. Noor moved into her boyfriend’s parents home. Almaleki felt like this dishonored the family.  Police said, at the time, that “he felt she was becoming too westernized and he didn’t like that,” and he was upset that she had abandoned “traditional” Iraqi Muslim values. Police also said he was unhappy with his daughter’s western dress, and her rebellious teenage ways. One day in 2009 when Noor was with her boyfriend’s mother in a parking lot, Almaleki found them and ran them both over. The boyfriend’s mother survived. Noor did not.

After the incident happened, Almaleki fled to Mexico where he attempted to board a flight to the U.K. He was caught and brought back to the United States to face trial. A jury convicted Almaleki of one count of second-degree murder. He was also found guilty of aggravated assault for injuring her boyfriend’s mother. Despite his statements to police, Almaleki’s lawyers contended at trial that he was trying to spit on the women and accidentally swerved. Data from the tires on the road painted a different picture. In 2011, an Arizona judge sentenced Almaleki to 34 years in prison.

Unfortunately, honor killings are reportedly a growing problem in the United States. Fox News reported the following in 2015:

“Honor Violence Measurement Methods,” a study released earlier this year by research corporation Westat, and commissioned by the U.S. Department of Justice, identified four types of honor violence: forced marriage, honor-based domestic violence, honor killing and female genital mutilation. The report, which estimated that 23-27 honor killings per year occur in the U.S., noted that 91 percent of victims in North America are murdered for being “too Westernized,” and in incidents involving daughters 18 years or younger, a father is almost always involved. And for every honor killing, there are many more instances of physical and emotional abuse, all in the name of fundamentalist Islam, say experts.”