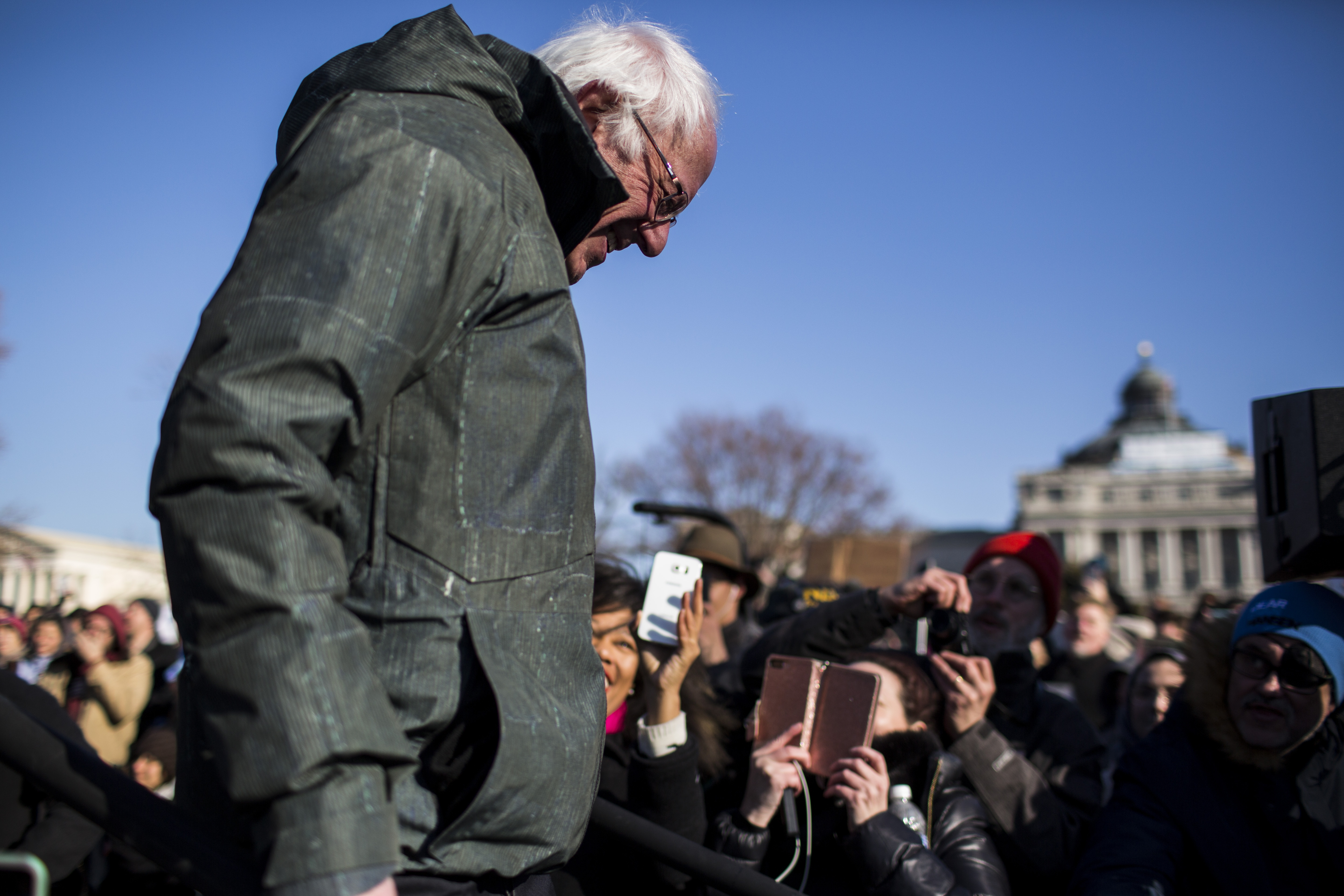 The Project Veritas Action Fund just filed a 14-page complaint with the U.S. Department of Justice against the Bernie Sanders 2016 presidential campaign, thirteen Australian nationals and the Australian Labor Party.

The complaint requests a criminal investigation of the named defendants but is more accurately described as a PR stunt than an actual complaint or lawsuit.

On page 12 of the complaint, the summary of the conspiracy allegation reads, in relevant part:

To prove a prohibited conspiracy under Section 371, there must be evidence that individuals attempted to impair, impede, or defeat a government agency by dishonest means. Based on the facts agreed to in the Bernie 2016 Conciliation Agreement with the FEC, it appears there was a violation of Section 371. As to Bernie 2016, it engaged in a conspiracy with ALP to hide foreign national involvement with its campaign.

This is full-on, blinkered nonsense. The complaint spends an awful lot of time and ink laying out the activities of the Australian campaign volunteers, the Sanders’ campaign’s knowledge of those Australian volunteers, and the Sanders’ campaign’s agreement with the FEC. But when it comes to making actual allegations, the complaint quickly becomes conclusory.

Take the following sentence: “Based on the facts agreed to in the Bernie 2016 Conciliation Agreement with the FEC, it appears there was a violation of Section 371.” This isn’t argumentation or legal reasoning. This is simply a position being stated. The next sentence fairs no better: “As to Bernie 2016, it engaged in a conspiracy with ALP to hide foreign national involvement with its campaign.” This is essentially a repeat of the first sentence.

Just shy of sophistry, Barr offers no evidence for why it “appears there was a violation of Section 371.” He just says there was a violation of the federal conspiracy statute. Then Barr claims that Sanders’ campaign engaged in a conspiracy to hide Australian involvement with the campaign–but again, without a scrap of evidence–just another conclusion. And this conclusion is wrong: nothing in the FEC-Sanders conciliation agreement even hints at conspiracy “to hide foreign national involvement.”

In fact, the agreement does exactly the opposite. The major section dealing with Sanders’ surrogates knowledge of the Australian volunteers is reproduced in full below:

Therefore, Sanders’ 2016 campaign plausibly committed the following infractions: (1) certain, low-level members of the campaign assented to the offer of Australian help under the false impression that it was fine; (2) those members of the Sanders campaign, operating on their false assumptions, failed to inform higher-ups in the broader campaign and those contributions were unintentionally not reported to the FEC.

This is all the FEC found and to settle the matter, Bernie 2016 accepted the FEC’s finding that the campaign received an in-kind donation from the Australians in violation of 52 U.S. Code § 30121(a). There’s absolutely no indication of conspiracy to defraud or otherwise an inkling of an attempt by Sanders’ campaign to hide what occurred. In fact, and this bears repeating, there’s only an indication that the Sanders campaign owned up to having employed campaign personnel who were ignorant of campaign finance laws as they related to foreign nationals.

But the lawsuit/complaint isn’t quite done–and therefore isn’t quite done wasting everyone’s time. On page 13, the summary of the false statements allegation reads, in relevant part:

Under Section 1001, it is illegal to engage in: (1) falsifying, concealing or any cover-up of a material fact by any trick, scheme, or device; (2) making a materially false, fictitious, or fraudulent statements or representations; and (3) making or use of a writing or document with knowledge that such document contains materially false, fictitious or fraudulent statements. The facts in controversy suggest that both the ALP and Bernie 2016 engaged in a conspiracy to ensure that false reports, or concealment of required reports, would be given to the FEC, DOJ, and State Department.

The above discussion regarding why the conspiracy allegation is ridiculous is re-alleged and incorporated by reference as if fully set forth herein. Basically, the false statement charges here are just as bunk as the conspiracy charges–and for basically the same reasons.

As for the final sentence’s reference to the vague outlines of a false report conspiracy? Well, in keeping with the tone of the rest of the complaint, it’s vague, conclusory and ultimately meaningless.

More to the point: this accusation appears to be an enterprising fiction in and of itself. The only plausibly false or not filed-but-required report attributable to the Sanders campaign is their acceptance of an in-kind donation from 13 Australians. But, again, there’s absolutely no evidence–either in the complaint or in the FEC conciliation agreement–that this oversight occurred as part of a conspiracy–there’s simply the admission that some of Sanders’ campaign staff was ignorant of campaign finance law.

Undergirding the unchecked lunacy of Project Veritas’ entire complaint is the fact that the actually alleged violations here were settled as a matter of law when Sanders’ campaign accepted the FEC’s $14,500 fine.

Project Veritas’ almost-clever recitation of Mueller’s schtick should work well enough for PR purposes, but their complaint is specious beyond all measure and federal investigators will almost certainly just ignore it.