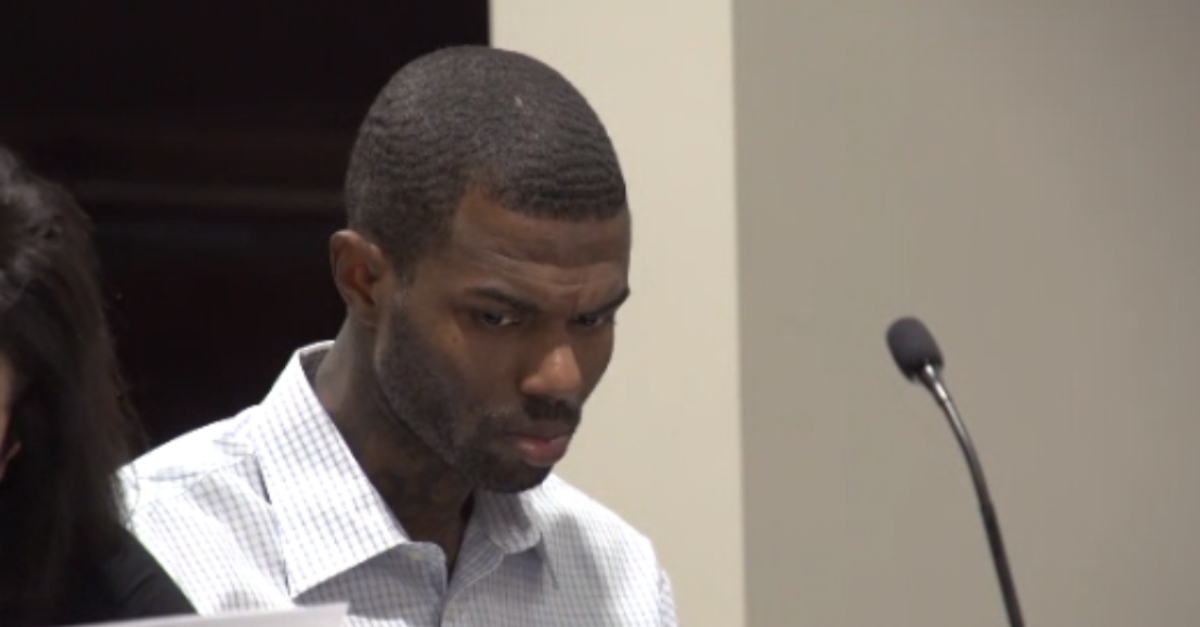 The judge in the murder case of Xavier Whitehead declared a mistrial on Wednesday, the second day of his trial. He was determined to be not competent to participate in his defense. The court scheduled another trial for May 4, 2020.

#WhiteheadTrial – BREAKING: On day 2 of the trial the defendant is found incompetent to aid in his defense. The judge dismisses the jury. Trial over. Defendant will go to psych hospital. pic.twitter.com/4OwzGaFWtG

Signs of trouble emerged from pretty much the get-go of the trial. Whitehead, who is charged with the murders of three people, refused to speak to the judge during preliminary hearings, and balked at attending jury selection.

#WhiteheadTrial – Def. attorney tells the judge during jury selection yesterday the defendant would appear to go in and out of consciousness. The only thing he would say to attorneys is he wanted to lie down. The defendant had an altercation in jail and may have a head injury

The defense said Tuesday that Whitehead was able to participate in his own defense up to this point, and suggested the problem was a head injury.

A guard told the court Tuesday that they were transporting him Monday, and found him on the floor of the van. He didn’t respond at first, but they got him up, and wheeled him to a cell, said the guard.

Psychologist Dr. Kristina Disney, who evaluated the defendant Tuesday night, testified Wednesday when the jury wasn’t in the room. She said that Whitehead felt “hopeless,” and very depressed. In her opinion, he was not competent to aid his defense.

#WhiteheadTrial – Dr. Disney says Whitehead is extremely depressed, “hopeless”, doesn’t care if he lives or dies. His level of depression is interfering with having energy to participate in his defense. pic.twitter.com/HyScz15l37

Whitehead is charged in the murders of Derek Archie, 31, Haley Stone, 20, and Xavier Greene, 28. Prosecutors said he killed them at a Hillsborough County home in 2018, and set fire to the residence. In opening statements on Tuesday, the state said he was caught on surveillance footage carrying a red gas can to the crime scene. Whitehead tried to get another person to say it wasn’t him on the video, the prosecution said.