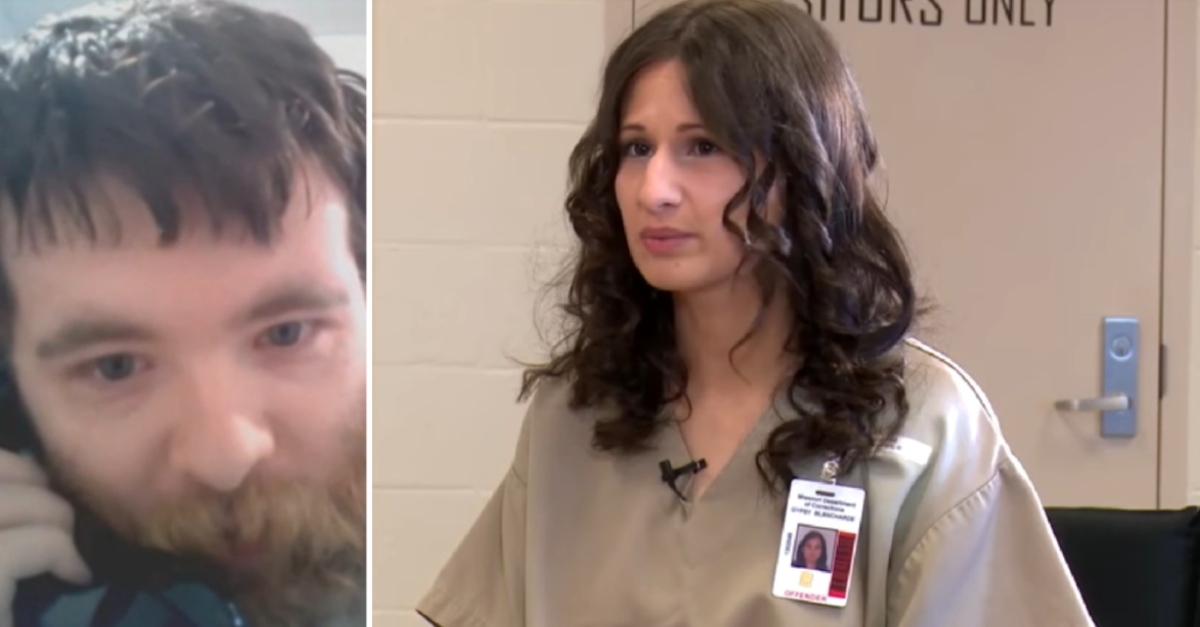 Here are three key details from this complex and bizarre case.

1. The crime: Nicholas admitted to fatally stabbing Dee Dee because Gypsy told him to, deputies say.

One user suggested it got hacked, but a disturbing reply got at least one user to suggest calling the police.

“I fucken SLASHED THAT FAT PIG AND RAPED HER SWEET INNOCENT DAUGHTER…HER SCREAM WAS SOOOO FUCKEN LOUD LOL,” it read.

Deputies found Dee Dee dead at her home from multiple stab wounds, including a “gaping laceration to the back of her neck,” according to the Greene County Sheriff’s Office probable cause statement obtained by Law&Crime.

They determined that the victim’s daughter Gypsy wasn’t at the scene. Investigators claimed that the Facebook posts were sent from a location registered to Godejohn. Authorities detained him and Gypsy.

Godejohn admitted to killing Dee Dee by stabbing her in the back while holding her down, deputies said. He allegedly did it at night when he believed she was sleeping, and acknowledged thinking about raping her (but didn’t do it).

Godejohn implicated Gypsy by saying that she asked him to murder Dee Dee, and that’s why he did it, deputies said. She gave him the knife, he allegedly said.

As for Gypsy, deputies said she admitted to being at her home during the murder, knew that her boyfriend was going to murder her mother, and that she did nothing to stop it or call authorities.

She said she’s the person who wrote the “that Bitch is dead” post because she wanted law enforcement to quickly find her mother, deputies claimed. Gypsy then allegedly admitted calling a cab to pick up her and Godejohn.

2. The motive: Dee Dee allegedly forced “desperate” Gypsy to be pretend to be sick.

Gypsy pleaded guilty to second-degree murder in June 2016, and is currently serving a 10-year sentence.

Why would a young woman help kill her own mother? Gypsy claimed Dee Dee forced her to be pretend to be sick in order to cheat charities and well-wishers of money. The murder victim allegedly suffered from Munchausen Syndrome by proxy. Long story short, she is accused of having her daughter fake a variety of illnesses. In an interview with 20/20, Gypsy said she was forced to feign leukemia, hearing and vision problems, asthma, muscular dystrophy, and seizures. She said she always knew she could walk and eat, but claimed to believe her mother’s insistence that she had cancer.

The Blanchards were known because of Gypsy’s apparent illnesses, and reportedly used it to get financial help from others. Shortly after the murder, Greene County Sheriff Jim Arnott asked the public to quit donating money.

Gypsy “can walk without assistance or a wheelchair, and she can do that very well,” he said at the time, according to The Chicago Tribune.

The younger Blanchard claimed that her mother was physically abusive, and withheld food after arguments. A failed attempt to run away resulted in her being chained to a bed, she told 20/20.

In an interview with Dr. Phil, she said she met Godejohn online,  and physically met at a movie theater. She claimed she was “getting desperate” about her situation with Dee Dee, and “bounced around the idea” of killing her mother.

In Godejohn’s words, he did it because he loved Gypsy. At least, he used to.

3. Godejohn’s defense: Autism left him vulnerable to being manipulated by Gypsy.

Godejohn doesn’t dispute that he played a part in Blanchard’s death, but his attorneys are expected to argue that his autism hindered his decision making. Their client only killed the victim because Gypsy asked, they say.

“Autism spectrum disorder interferes with a person’s ability to envision consequences and think ahead,” said defense lawyer Dewayne Perry, according to a KY3 report from Wednesday.

Godejohn went on at length about his case in a jailhouse interview published last January 30 by KOLR10. He described his ex-girlfriend Gypsy as a manipulator and a liar.

He suggested that had she been raised among other people, she would’ve never asked him to kill Dee Dee. Gypsy’s parents are divorced, and she lived with her mother at the time of the murder.

Godejohn told the outlet that he planned on using his mental disability as a defense, and said that he specifically had Asperger Syndrome, a disorder on the autism spectrum. He said one of the symptoms is “being gullible to people’s opinions,” and he described himself as gullible.

It remains to be seen how closely the defense will follow this train of thought. Godejohn tried to fire Perry, claimed he wasn’t being shown everything in discovery, and called the lawyer a “pretender,” according to The Springfield News-Leader in March. The judge encouraged him to trust Perry, and also warned Godejohn against doing anymore media appearances (the defendant not only spoke to KOLR10, but 20/20).

Prosecutors are trying to circumscribe the defense’s medical experts, and insist they only be allowed to discuss the aspects of autism spectrum disorder, not whether the defendant considered what he was doing.

Gypsy will testify on the defendant’s behalf, according to KOLR10 on Wednesday. Godejohn told the outlet that he won’t take the stand during the guilt phase of the trial, but might if there is a sentencing hearing.

He previously voiced ambivalence about his ex, despite his claims that she was the mastermind behind the murder. He told KOLR10 in that January interview that it would have been fair if they both got 15 years in prison. He said that he was no longer “in love with her,” but claimed that he still loved her, and it would be fine if she still wanted to be friends.

Missouri is a capital punishment state, but prosecutors said in 2015 that they wouldn’t pursue the death penalty against either Godejohn or Blanchard.

Note: The original version of this article said that Godejohn faces the death penalty if convicted, but prosecutors previously said that they wouldn’t pursue this sentence.