‘Strategically Deflated’: Authorities Admit to Slashing Tires on Cars Belonging to Protesters and Journalists in Minneapolis 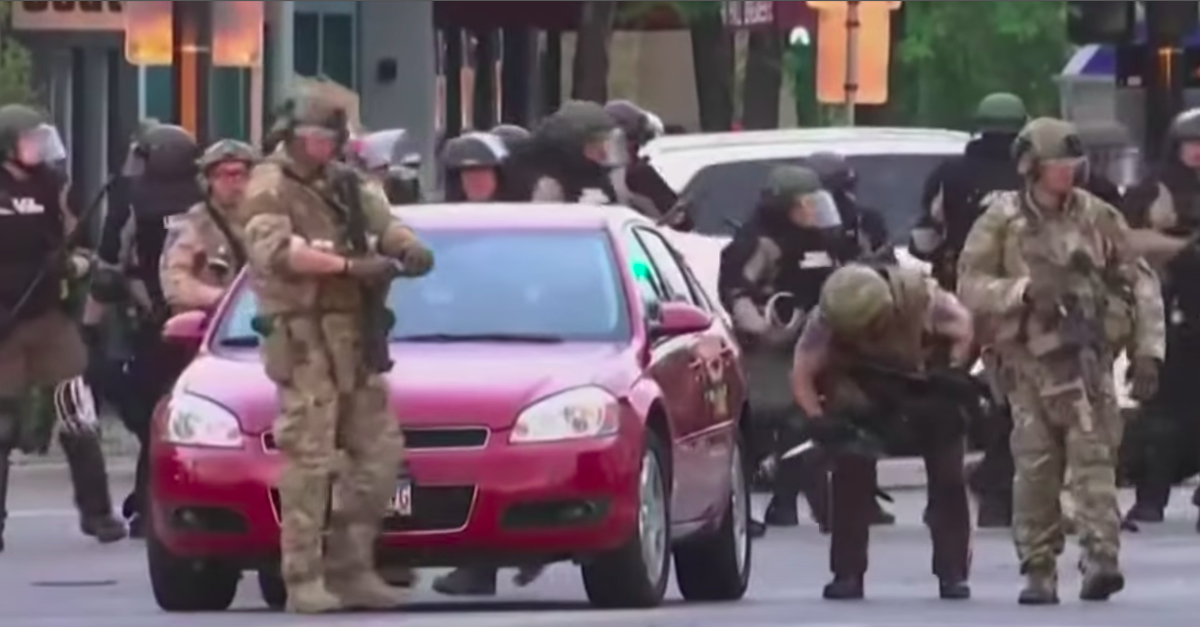 Law enforcement agencies in Minnesota on Monday said that officers were responsible for slashing the tires on numerous vehicles during public protests in Minneapolis over the police killing of George Floyd, the Star Tribune reported Monday.

Pictures and video began circulating on social media platforms showing what appeared to be officers from at least two law enforcement agencies using tactical knives to slash holes in the tires of unoccupied vehicles at several different locations on May 30 and May 31.

Video footage obtained by Mother Jones showed multiple officers in military-style uniforms using their knives to repeatedly stab the tires of cars at a local K-Mart and on a highway overpass – both of which were later used as police staging grounds. The Star Tribune later reported that the officers depicted in the video were state troopers and deputies from the Anoka County Sheriff’s Office.

Some protesters, news crews, and medics in Minneapolis found themselves stranded after recent protests: The tires of their cars had been slashed.

Many assumed protesters were to blame. But videos reveal a different culprit: the police. https://t.co/SGYS5nXPFq pic.twitter.com/HH6uygLgoI

The reports were confirmed by Minnesota Department of Public Safety Spokesperson Bruce Gordon.

“State Patrol troopers strategically deflated tires … in order to stop behaviors such as vehicles driving dangerously and at high speeds in and around protesters and law enforcement,” Gordon told the Star Tribune in a statement. “While not a typical tactic, vehicles were being used as dangerous weapons and inhibited our ability to clear areas and keep areas safe where violent protests were occurring.”

Gordon said the officers also targeted vehicles that could have been used to “cause harm” during the protests, but added that “there will be a review about how these decisions were made.”

Anoka County Sheriff Lt. Andy Knotz also spoke with the news outlet, saying that his deputies were following state orders to join the troopers on patrol and cut the tires of vehicles on Washington Avenue.

According to Knotz, the sheriff’s office could not move the vehicles because tow trucks were unable to reach that location.

Star Tribune reporter Chris Serres was in the area covering the protests only to discover that the tires on his car and dozens of others in the K-Mart parking lot had been cut.

Documentary filmmaker Andrew Kimmel said the tires on his rental car were slashed.

A video posted on Twitter appeared to show that tires on many other cars in the lot were also slashed.

Minneapolis Police slashed every tire on my rental car, as well as every tire of every car in this parking lot. pic.twitter.com/lchFplYQ0n

Spokesmen for the Minneapolis Police Department, Hennepin County Sheriff’s Office, and the National Guard told the Star Tribune their officers were not the ones depicted in the photos and videos being circulated far and wide on social media.