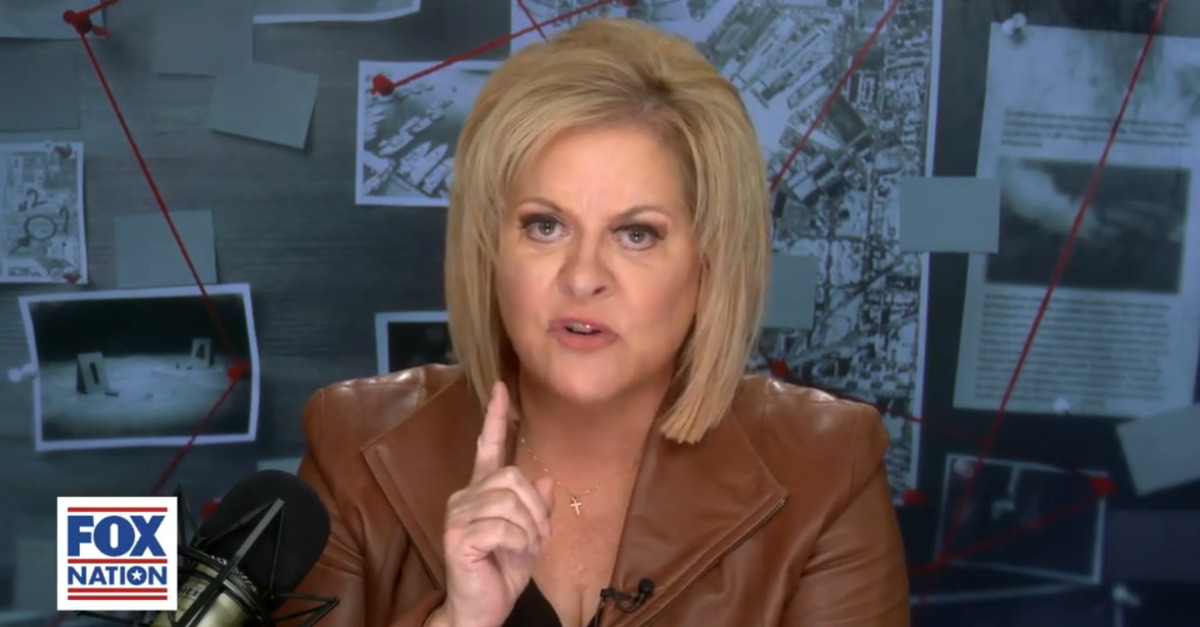 Fox Nation host Nancy Grace wants to know why former Minneapolis police officer Derek Chauvin is not being charged with first-degree murder over the killing of George Floyd.

“Why is this not murder one?” the former prosecutor asked during a segment on the Monday episode of Crime Stories with Nancy Grace.

“The law, as I remember, presumes you intend the natural consequence of your act,” she said–suggesting Chauvin arguably acted with intent to kill Floyd because he pressed his knee into the man’s neck for several minutes while ignoring repeated cries that he could not breathe, as the widely seen video shows.

Floyd was killed, according to two autopsies and prosecutors, on May 25, 2020, in the Powderhorn community of Minneapolis. His death quickly prompted local, state and federal investigations into the actions of four since-fired Minneapolis Police Department officers. Each of those four officers was fired the next day.

Under Minnesota state law, murder in the third degree, as alleged here against Chauvin, occurs when someone “without intent to effect the death of any person, causes the death of another by perpetrating an act eminently dangerous to others and evincing a depraved mind, without regard for human life.”

Essentially, prosecutors in Hennepin County are treating Chauvin’s treatment of Floyd as an unintentional killing that nonetheless should have been foreseen because the act of pressing his knee into Floyd’s neck for so long–as Floyd pleaded for the ability to breathe and for his mother–amounted to “an act eminently dangerous to others and evincing a depraved mind, without regard for human life,” according to the charging documents which mirror the above statute.

The defendant pulled Mr. Floyd out of the passenger side of the squad car at 8:19:38 p.m. and Mr. Floyd went to the ground face down and still handcuffed. Kueng held Mr. Floyd’s back and Lane held his legs. The defendant placed his left knee in the area of Mr. Floyd’s head and neck. Mr. Floyd said, “I can’t breathe”multiple times and repeatedly said, “Mama” and “please,” as well.

In other words, prosecutors allege that Chauvin should have known what he was doing to Floyd was going to kill him, but he didn’t care or think through his actions. Minnesota’s third-degree murder statue is the modern-day codification of the common law’s so-called “depraved-heart murder,” which in most states is treated as murder in the second degree. The Land of 10,000 Lakes is one of only a few states with a third-degree murder definition/charge on its books.

Because of Minnesota’s atypical place among the states vis-à-vis the relevant definitions of the various degrees and permutations of murder, the behavior typically encapsulated by second-degree murder in most states is contained in the third-degree murder definition in Minnesota. Minnesota’s second-degree murder language is largely a specialty statute that deals with drive-by shootings, controversial “felony” murder, and presumably spontaneous intentional murder committed without premeditation.

Even proving Chauvin had an alleged intent to kill Floyd–which could plausibly fit the definition of second-degree murder in Minnesota–would prove difficult. That is especially true because Chauvin is also charged with manslaughter based on negligence. The dichotomy is this: prosecutors seem to have made a determination about Chauvin’s state of mind and decided that he simply lacked the criminal intent–what lawyers call mens rea–to kill. In order to get to “murder one,” prosecutors would probably have had to at least start with “murder two” and likely would have not filed manslaughter charges at all.

Understood by the common law as “malice aforethought,” prosecutors have, so far at least, found no evidence to suggest that Chauvin explicitly wanted or planned to kill Floyd.

Potentially adding premeditation to the situation was apparently already foreclosed against by prosecutors, current evidence considered; the discovery of additional evidence would, of course, change the analysis substantially.

But a statutory maximum sentence is an unlikely result in a hypothetical Chauvin conviction. Minnesota’s sentencing guidelines would likely propose 12.5 years for Chauvin on the third-degree murder charge and four years on the second-degree manslaughter charge based on Chauvin’s criminal history.