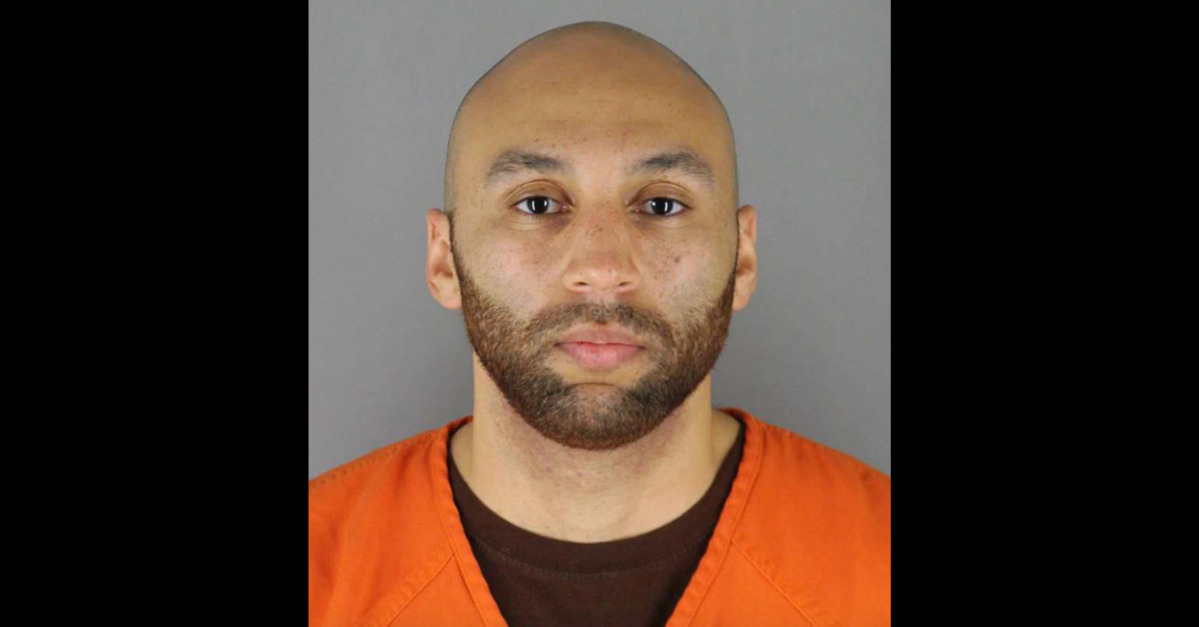 A former Minneapolis police officer charged in the alleged murder of George Floyd wants the county prosecutor removed from his case. And his primary reasoning may prove controversial.

“The Hennepin County Attorney’s Office duty to fairly and impartially prosecute Mr. Kueng’s case is so badly compromised that this Court must order them removed from the prosecution of this matter,” the filing argues. “A hearing or trial in our district courts must have the appearance of fairness.”

Kueng’s foremost complaint with the Hennepin County Attorney’s Office (HCAO) is that the agency has a “close relationship” with the Minneapolis Police Department (MPD).

These problems, per the defense filing, are two-fold: (1) failing to prosecute police officers suggests to the public that a local prosecutor is biased in favor of the police department they frequently work in tandem with; while (2) a “zealous” prosecution could spur “accusations that they are prosecuting police for political gain.”

While those concerns are essentially polar opposites in terms of competing interests, Kueng and his attorneys insist that Freeman and his office are fatally plagued by each.

“Freeman is unique as he fits snuggly in both the white washer category and overzealous scapegoated category,” the motion says.

The HCAO should also be removed from the prosecution team because the office has an inherent conflict when it prosecutes police officers that work within Hennepin County. Here, Mr. Kueng was employed by the Minneapolis Police Department (MPD), and the HCAO regularly relies on the MPD as investigators and witnesses in the prosecution of their cases. The Court of Appeals has recognized that it is not appropriate for prosecutors to be involved in cases where the defendant is a current or former employee. Whether Mr. Kueng was actually employed by the HCAO is not significant because of the unique relationship between police officer and prosecutors. Prosecutors have a duty to work closely with the police to gather evidence and prepare for trial. The MPD regularly investigates and testifies at trial for cases prosecuted by the HCAO. Given the close relationship between the MPD and the HCAO’s office, the HCAO should be removed from the prosecution of Mr. Kueng’s case to make sure that is no appearance of or actual impropriety.

Kueng’s defense team also claims that Freeman “has compromised his ethics” as well as his “duty to the community and ability to impartially prosecute the case” by way of several public statements expressing sympathy with Floyd’s family.

“The HCAO cannot act to protect Mr. Kueng’s right to a fair trial as they have already proclaimed his guilt in numerous public statements,” the filing alleges.

Chief among those offensive–to Kueng–statements is Freeman’s characterization of Floyd’s late May killing as a “senseless death.”

The defense also argues that Freeman crossed the line by calling the video footage of Floyd’s death “graphic, and horrific and terrible” and for saying that the incident “outraged” the local community as well as “people across the country.”

“Mr. Freeman’s comments leave no doubt that justice is not his objective in the Kueng prosecution,” the motion asserts. “Mr. Freeman has fomented public anger and now seeks to taint that anger with hatred through the prosecution of Mr. Kueng. He has abdicated his duties as a prosecutor and must be removed from the case.”

Finally, Kueng argues that Freeman improperly leaked information about Derek Chauvin’s case to the media while giving two separate excuses for why Minnesota Attorney General Keith Ellison was brought in to oversee the prosecution.

“Mr. Freeman’s public statements about the facts of the case, improper leaks, and lack of candor require the HCAO’s removal from the case based on actual bias against Mr. Kueng and failure to meet his duty to the community,” the motion concludes. “One cannot be charged with protecting the rights of a person accused of a crime while at the same time proclaiming their guilt and unethically leaking confidential information to the press. The HCAO has created an improper conflict of interest that undermines the public’s confidence and warrants their removal from the prosecution team.”