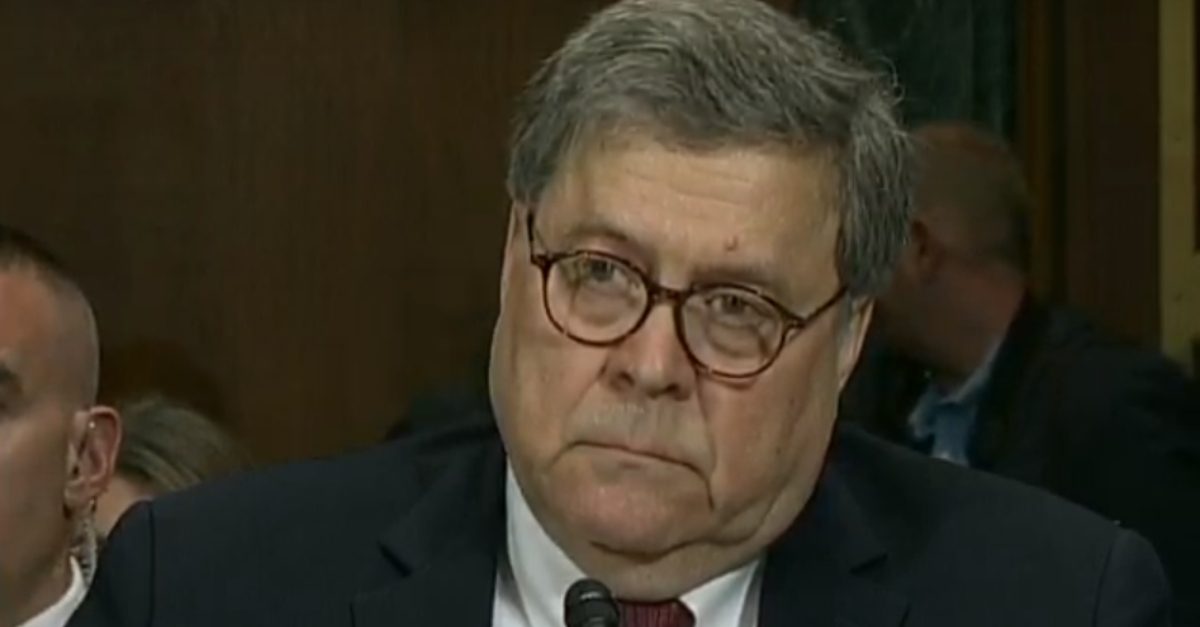 The American Civil Liberties Union (ACLU) on Tuesday demanded the appointment of a special counsel to investigate and potentially prosecute any individuals responsible for the allegedly unconstitutional clearing of peaceful protesters out of Lafayette Square on June 1.

“Given your own acknowledged role in ordering the clearing of Lafayette Square, you must take all necessary steps to ensure that you and others involved in the ordering and carrying out of the use of force have no role in the appointment or supervision of the special counsel,” the letter addressed to Attorney General William Barr said.

On June 1, law enforcement officers using tear gas, pepper spray, and rubber bullets forcefully removed the crowd of demonstrators protesting against police brutality in the aftermath of George Floyd’s death. Once the crowd was dispersed, President Donald Trump made his way through the square to be photographed holding a bible in front of the St. John’s Episcopal Church, which had been damaged by a fire that was intentionally set the night before.

In a letter sent directly to the attorney general, ACLU National Political Director Ronald Newman and Senior Legislative Counsel Kate Ruane said that a “full, independent and complete criminal investigation” into the incident was the only way the Trump administration could fulfill its promise to hold individuals and institutions accountable for illegal acts against protesters.

“These actions were an unconstitutional violation of protesters’ right to speak, assemble, and petition the government under the First Amendment and to remain free of unreasonable seizure under the Fourth Amendment. They were also potentially violations of federal statutes prohibiting interference and conspiracies to interfere with any federally or constitutionally protected right,” Newman and Ruane wrote.

The group also stated that, due to Barr’s own involvement in the events that unfolded in Lafayette Square, an untenable conflict precludes the attorney general from overseeing any would-be probes into possible criminal conduct.

“Given the inherent conflict of interest present, appointment of an outside prosecutor is needed to ensure impartiality of any investigation and, if warranted, of any prosecution of any criminal acts committed by members of the Executive Branch,” the letter said. “You and any other officials within the Department who were involved in the events surrounding the Lafayette Square attacks or subsequent response must recuse yourself from the selection and oversight of the special counsel, given the inherent conflict of interest.”

The Trump administration previously confirmed that the decision to push the protesters back came from Barr, though the attorney general himself has been less forthcoming. White House press secretary Kayleigh McEnany later said the White House had “no regrets” about using force to clear out protesters, but noted that “it was Barr who made the decision to move the perimeter.”

In an interview with the Associated Press, Barr claimed law enforcement officers were already moving to push protesters from Lafayette Square upon his arrival, saying he did not give the command to disperse the crowd, but supported the decision.

The ACLU also said that the public needs to know the truth about who orchestrated the events of June 1.

“Responsibility for the violent events of June 1 may extend to the very highest levels of the federal government, including to the attorney general of the United States,” the letter said. “The country deserves to have these outstanding questions addressed and those responsible for the attacks on our civil rights and liberties that occurred on June 1, 2020, must be held accountable.”

ACLU Letter to Barr by Law&Crime on Scribd