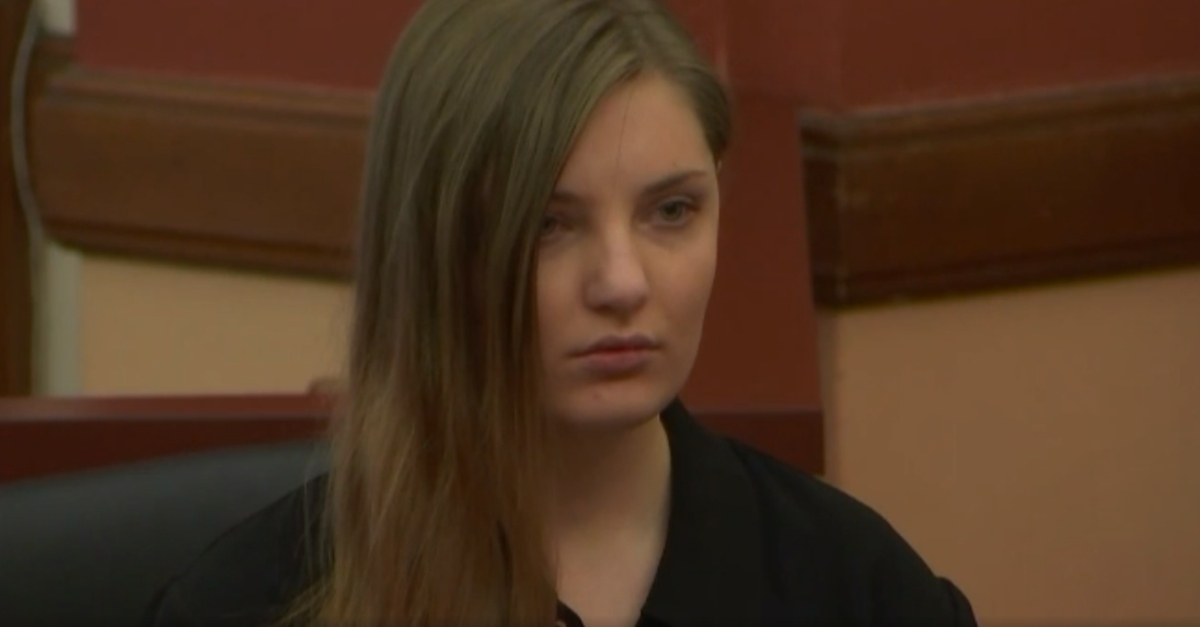 Iowa woman Cheyanne Harris was found guilty of first-degree murder and child endangerment in the death of her 4-month-old son Sterling Koehn. Prosecutors say she and the baby’s father Zachary Koehn essentially neglected the child to death. Investigators found the victim’s dead body in a swing after the elder Koehn called 911 on August 30, 2017. Maggots covered the infant. Medical examiners determined this baby hadn’t even been cared for in days.

The child endangerment charge was pretty much always a done deal. Harris’ defense lawyer Aaron Hawbaker acknowledged in closing arguments that, yes, she was responsible for that. Harris was negligent and deprived the child of care, but it’s not murder under the law, Hawbaker said.

Hawbaker insisted that the prosecution has to prove “malice” when it came to murder. The state, which has the burden of proof, couldn’t prove the “why” behind the death, he argued.

Iowa Assistant Attorney General Denise Timmins, however, said they didn’t need to prove a specific intent in the murder, only a general one. Harris, she said, put Sterling in a swing, and left him alone in a room so she didn’t have to deal with him. Timmins said the child was left there suffering for days, possibly weeks.

Harris knew what she was doing when she did anything but care for Sterling, Timmins said. The defendant posted on Facebook and Instagram about fashion, went to the supermarket, watched TV on the couch, fed herself from the refrigerator, and so on. Meanwhile, she left her son to “rot.” Their rooms shared adjoining walls. The child was just steps away, yet this mother did nothing, the prosecutor said.

Timmins dismissed the notion that Harris was too tired, depressed, or on drugs to care for the baby. The fact that this defendant continued to raise her older child indicated that she was not too compromised to look after Sterling, said the prosecutor.

Zachary Koehn was convicted of first-degree murder and child endangerment, and sentenced to life in prison last year. He didn’t testify in Harris’ trial.

#CheyanneHarris – Defense sought to call Zachary Koehn in their case-in-chief. Update from @JeffAtCourier – Koehn will take the 5th and won’t testify about anything to do with Sterling’s death. https://t.co/IG33IHhSCH