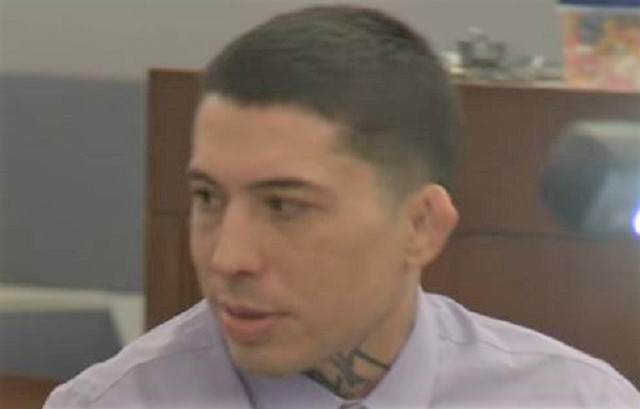 A woman who had been a prospective juror for the trial of the mixed martial arts fighter whose legal name is War Machine (formerly Jonathan Koppenhaver) showed up in court on Tuesday to deliver a gift of sorts to the man accused of attacking his ex-girlfriend Christy Mack and another man. According to the Las Vegas Review-Journal, she handed an envelope to a courtroom’s marshal at some point in the afternoon.

Attorneys on both sides of the case, along with Judge Elissa Cadish, examined the package and discovered a note and a bracelet bearing the word “Grace.” The note reportedly said that the woman, who had not been selected for the jury, was praying for War Machine.

Prosecutor Jacqueline Bluth reportedly said it was “absolutely inappropriate” for the woman to deliver the package in the middle of the trial. Defense attorney Jay Leiderman said it was “very sweet.” Ultimately, Judge Cadish ruled that the woman was within her rights to write a note to the defendant, but that delivery of the items would have to go through the jail where War Machine is incarcerated.

War Machine faces up to life in prison without parole for alleged attempted murder, sexual assault, and 32 other charges.