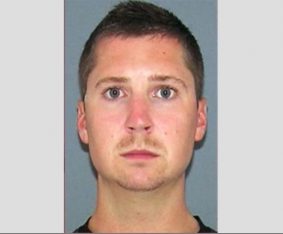 Opening statements were completed before noon on Tuesday in the trial of former University of Cincinnati police officer Ray Tensing.  Prosecutors charged Tensing with murder over the shooting of motorist Sam DuBose during a traffic stop in July 2015.

Hamilton County Prosecutor Joe Deters told jurors during his opening statement that they will hear an audiotaped statement of Tensing telling investigators he intended to shoot DuBose.

“It was a murder,” Deters told jurors. “It was totally contrary to the training he had received.”

During the defense’s opening statement, attorney Stew Mathews did not deny the shooting was intentional.  However, he argued it was justified because Tensing feared for his life and acted in self defense.

“We are saying that Ray Tensing was justified in causing the death of Sam DuBose, so in a sense we do have to convince you of that,” Matthews said.

Matthews also hinted to jurors that he would provide new details about the reason for the traffic stop and it is being called a potential “bombshell” revelation by some local media outlets.  Matthews said the commonly accepted narrative that DuBose was stopped for not having a front license plate is not correct.

“I will tell you right now that the evidence will show that’s not the reason — the primary reason — that Ray Tensing stopped Sam DuBose, but it was a more serious situation than that,” Mathews told jurors.

Judge Megan Shanahan ended court early on Tuesday so jurors packed into vans and travel to the location of the shooting to view it for themselves.   Court is expected to be back in session on Wednesday morning. LawNewz.com is streaming the trial live, you can watch here or above.