Caleb Cannon Guilty In The Death Of Nikki Burgess 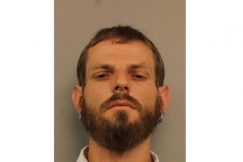 A Nashville jury has found Caleb Cannon guilty of the first-degree pre-meditated murder of his ex-girlfriend Nikki Burgess, the mother of Cannon’s child. Burgess disappeared about three years ago, and her body was never found.

Despite not having a body, authorities believe that Cannon killed Burgess, and prosecutors claim that Cannon confessed the crime to his former cell mate, admitting to beating and strangling her, before hiding her body.

Cathy Russon is the executive trial producer at the Law&Crime Network. Prior to joining the network, Russon founded CourtChatter.com in 2013, a website that showed trials and gathered a community of trial watchers. Her passion for trials and how the legal system works got the notice of Dan Abrams, who acquired CourtChatter.com in April 2017. Cathy has covered hundreds of trials in her career, bringing viewers the most up-to-date details about what is going on in court. Follow on Twitter @cathyrusson