An El Paso, Texas courtroom exploded Friday evening as a jury there returned a not guilty verdict against Daniel Villegas, a man tried a total of three times for a 1993 double murder. Villegas was 16 years old when Armando “Mando” Lazo and Bobby England were shot and killed. He said his confession to police was coerced.

Villegas fell to his knees and the courtroom burst out in cheers when the verdict came in. 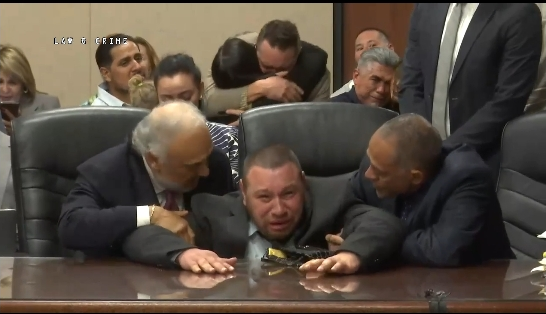 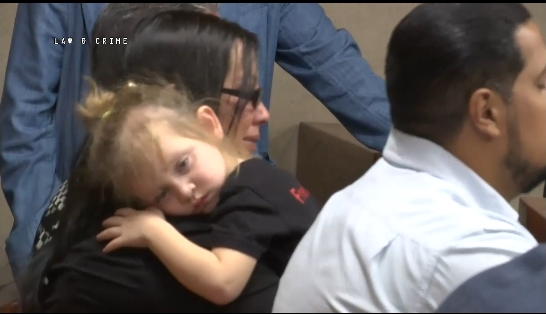 Jurors were deadlocked earlier in the day. Most wanted to acquit, but there was one hold-out for conviction.

#VillegasTrial – Jurors sent a note saying that are deadlocked. Waiting to find out the next move. We’re hearing it’s an 11-1 for NOT GUILTY. pic.twitter.com/nSJVthTJ9a

This case worked its way through the court system for decades.

The first trial ended in a mistrial in 1994. A 1995 retrial ended in a conviction for capital murder. Villegas was sentenced to life in prison. That was thrown out because judges decided that Villegas received ineffective counsel.

Applicant has demonstrated that counsel was ineffective for not presenting evidence of possible alternative perpetrators and for not discovering and presenting evidence that would have allowed the jury to give effect to the voluntary confession jury instruction submitted in this case.

Judges ruled that the police coerced Villegas’ alleged confession back when he was 16 years old. Indeed, a witness in the case said that something similar happened to him during the investigation. From a 2016 ruling (emphasis ours):

Jesse Hernandez and Juan Medina were eyewitnesses to, and the only survivors of, the Electric Street shooting. Hernandez and Medina testified at both of Villegas’ trials, with their testimony remaining largely consistent between trials. Neither identified Villegas as the shooter. Hernandez later submitted an affidavit as part of Villegas’ habeas corpus application. In the affidavit, Hernandez attested that the investigating detective had initially accused him of murdering England, that the detective yelled at Hernandez until he began crying uncontrollably, and that if the detective had not stopped yelling, Hernandez believed that he “would have confessed to something [he] didn’t do.“

The defendant, now 41 and a married father, has been out on bond since his conviction was overturned, awaiting his third time in front of a jury.

Prosecutors had very little evidence connecting Villegas to the crime beyond the confession to police, which Villegas said occurred after police threats, and at least one other confession made to relatives. The relatives said they weren’t sure if Villegas was bragging or actually confessing to the crime when he said he did it.