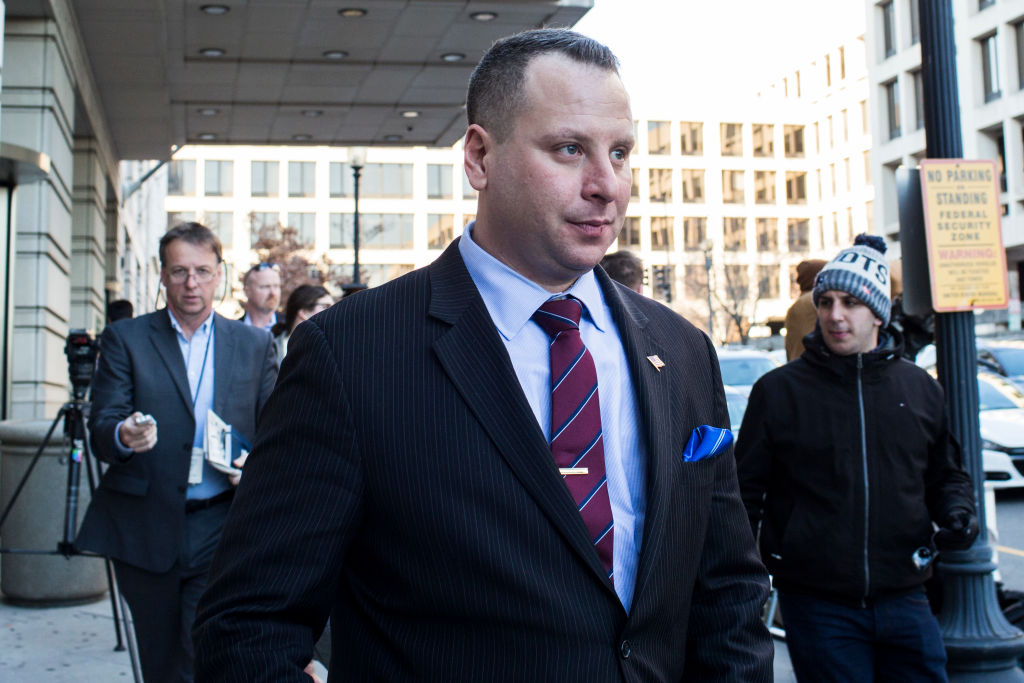 For the past week or so, cable news has been somewhat consumed with a previously under-the-radar individual named Sam Nunberg, who worked for Donald Trump in the Trump Organization beginning in 2011 and then was an early member of Trump’s presidential campaign until he was fired for a second and final time in 2015.  Last Monday, Nunberg appeared on multiple cable television shows threatening to defy a Grand Jury subpoena he received from Special Counsel Robert S. Mueller III to produce documents and appear for testimony before the Grand Jury.  Ultimately, and not surprisingly, Nunberg agreed to comply with the subpoena, and he testified before the Grand Jury on Friday for several hours, prompting another round of television interviews this week in which he discussed his experience in front of the Grand Jury.  Nunberg’s public comments about the questions he was asked and the documents he was required to produce have revealed more about Mueller’s investigatory practices than perhaps anything to date.

Yet through all of the attention-grabbing and hyperbole, one question sticks out: why did the Special Counsel subpoena Nunberg?  Indeed, from the outside, he appears to be on the periphery of the core mandate of the investigation: Russia’s interference in the 2016 election and any potential collaboration with the Trump campaign.  To me, the Nunberg subpoena and Grand Jury testimony is a sign that something does not sit right with the Special Counsel’s office about Nunberg.

By way of background, according to Nunberg, he had met with the Special Counsel’s prosecutors and agents prior to testifying before the Grand Jury, and he was apparently told that he was not a subject or a target but merely a witness with no criminal exposure.  In the ordinary case, a witness – particularly one who professes to be cooperative, as Nunberg has – usually chooses to voluntarily meet with prosecutors.  There are several advantages to this for a witness like Nunberg, including that his lawyer can be present, he is not under oath, and the interview is not transcribed, although one can still be charged with making false statements to prosecutors and FBI agents.  (There are also advantages to a prosecutor of proceeding this way, most significantly is that there is no transcript of the interview that can be used for impeachment on cross examination at a future trial.)

If Nunberg had chosen this path, he would have already answered the relevant questions from the prosecutors in what is called a “proffer session” and would not ordinarily be asked to testify in the Grand Jury.  (Because hearsay is permitted in a federal Grand Jury, an FBI agent could summarize Nunberg’s testimony, thereby avoiding the need for Nunberg to testify.) But Nunberg’s case appears to have veered off of the ordinary course that is generally preferred by both the prosecutors and the witness.  I see at least three potential reasons why:

# 1 Mueller’s prosecutors simply did not believe what Nunberg told them in their proffer session, so they want his statements to be made under oath and transcribed rather than through an FBI agent’s notes and memorandum (which are subject to cross examination, unlike a transcript). Based on his television appearances, it wouldn’t surprise me if his story changed or if he made inconsistent statements.  With a witness with a shifting story, it is the better practice to obtain his testimony under oath in a transcript so the prosecutor has the witness’s definitive statement.

#2 Even if the prosecutors believe what Nunberg ultimately said, they may worry that his story will change in the future, and they want to “lock in” his testimony in the Grand Jury during the investigatory stage.  This has the added advantage for the prosecutor of occurring before additional information or publicity comes out about the subject matter, which might allow the witness to tailor his testimony to what he reads or sees.  This is often a defensive mechanism; even if the prosecutors don’t expect to call Nunberg as a witness, the defense may want to call him at trial, and the prosecutors want to take his testimony under oath before the defense lawyers get access to him, if possible.  Furthermore, it is much easier to impeach a witness with prior Grand Jury testimony than with prior statements to FBI agents.  Moreover, if he is a defense witness, the Government could actually use his grand jury testimony as admissible evidence if it contradicts his future trial testimony.

#3 Finally, Nunberg appears to be an unpredictable witness, which is the worst kind of witness for a prosecutor.  Nunberg clearly operates to the beat of his own drum, and not that of the prosecutors, which undoubtedly makes the prosecutors nervous.  If Nunberg can be convinced to change his mind about complying with a subpoena on national television, as he said happened last week on MSNBC, a prosecutor would live in fear of what a good defense attorney could induce him to concede on cross examination.  With an unpredictable (and perhaps unreliable) witness such as Nunberg, Mueller’s team may just simply want to lock him into testimony under oath so they don’t have to worry about him anymore.  Even if Nunberg had valuable information about Roger Stone or Michael Cohen from conversations he had with them during the campaign, prosecutors would be wise to try to find another witness who had similar conversations so they could avoid calling Nunberg at a putative trial.

Sam Nunberg presents a prime example of the variety of uses a Grand Jury can provide for a prosecutor.  To be sure, it is important to present all of the evidence to a Grand Jury in some form, but prosecutors are generally reluctant to put their prime witnesses in the Grand Jury if they can avoid it.  Nunberg’s Grand Jury testimony provides an interesting perspective on how the Grand Jury can be both an offensive and defensive mechanism.  At the end of the day, don’t expect to see Sam Nunberg testifying at a trial near you.

Daniel S. Goldman (@danielsgoldman) spent 10 years as an Assistant U.S. Attorney for the Southern District of New York, where he was Deputy Chief of the Organized Crime Unit and Senior Trial Counsel in the Securities and Commodities Fraud Unit.  He has recently provided legal analysis and commentary on MSNBC and CNN.