Donald Trump Is Blocking Twitter Users…Is That Even Legal? 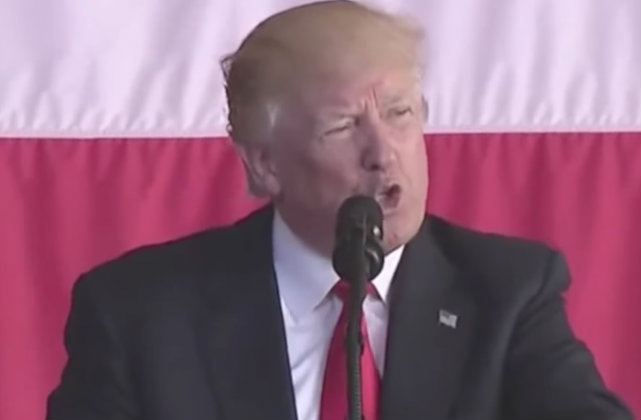 President Donald Trump‘s online behavior has sparked another legal question, but this time it’s not the content of the messages, but his social media settings. Twitter users have claimed since at least December that POTUS has been blocking them. More recently, Jimmy Kimmel Live! writer Bess Kalb claimed he shut her out.

@catherinebouris @realDonaldTrump HE BLOCKED ME, GUYS. LOOKS LIKE OUR PRESIDENT IS THE SNOWFLAKE. pic.twitter.com/XsSUejYrcl

OH. MY. EFFING. GOD.
The President of the United States just blocked me on Twitter because I hurt his feelings. #MAGA pic.twitter.com/oB5zTAs7In

This has led to  people wondering if it’s even legal for the President to do this. Could Trump violate federal law by blocking her? One could make the conclusion that because tweets are presidential records under the Presidential Records Act, Federal Records Act, and Freedom of Information Act, the public has the right to access these tweets and blocking a user would restrict this freedom.

For anyone who doesn’t know: when you block someone on Twitter, they are unable to see your tweets. These users also won’t get notifications when you “@” them or reply to their tweets, although they can search and discover other people’s comments to you. It’s not a total freeze out, however. They would, however, be able to see your tweets if they were to log out of their account. The only way you could completely restrict access to your Twitter page is to make your account private. In that case, other users couldn’t see your tweets by default. They would have to request to follow you, and you’d have to approve them one by one.

Trump’s account remains public. Anyone can read it. They just can’t reply, etc., if they lack an account.

As things stand, it will be hard to argue that the President violated federal law blocking by anyone. It seems that the law isn’t violated as long as the tweets are accessible through another website or the Archivist of the United States. With this in mind, it might be difficult to file a successful lawsuit under something like the Freedom of Information Act.

Lawmakers have long agreed/worried that Trump’s Twitter posts qualify as official records. The question came up shortly after Inauguration Day when he deleted and reposted tweets. This even led to a rare example of bipartisanship. Rep. Jason Chaffetz (R-Utah), Chairman of the House Oversight and Government Reform Committee, and Ranking Member Elijah Cummings (D-Maryland) wrote a letter to White House Counsel Don McGahn in March. They were worried that POTUS might be violating the Presidential Records Act and the Federal Records Act.

While deleting tweets without properly archiving them might be problematic, simply blocking a user when your posts are still visible to the public does not appear to break the law.