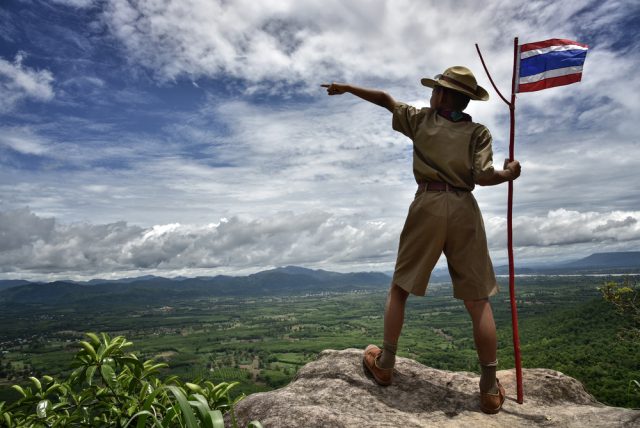 The Boy Scouts of America (“BSA”) will begin admitting girl scouts. The rule change is the result of a unanimous decision issued by the BSA’s board of directors. A press release explains the group’s motivation and clarifies the new policy:

Today, the Boy Scouts of America Board of Directors unanimously approved to welcome girls into its iconic Cub Scout program and to deliver a Scouting program for older girls that will enable them to advance and earn the highest rank of Eagle Scout. The historic decision comes after years of receiving requests from families and girls, the organization evaluated the results of numerous research efforts, gaining input from current members and leaders, as well as parents and girls who’ve never been involved in Scouting – to understand how to offer families an important additional choice in meeting the character development needs of all their children.

Many are shocked and outraged by the decision, but the move shouldn’t really come as a surprise. The BSA has faced numerous legal and political battles throughout the years over their longstanding ban on female scouts. Most interestingly, a federal law actually protects the Boy Scouts and explicitly permits them to continue operating all boys, which is why they have been able to withstand many of these challenges. However, the law, by no means, prevents the Boy Scouts from including women.

So, let’s take a look at the overall legal landscape and survey a bit of recent history.

Under Title IX, the law barring sexual discrimination in educational institutions, certain organizations have managed to carve out exemptions which allow them to legally operate as single-sex organizations. The BSA is one of those organizations–along with the YMCA, YWCA, Girl Scouts and Camp Fire Girls. The law reads, in relevant part:

According to legal scholar Noah Feldman, those exemptions aren’t based on any sort of legal principle, but rather, are simply a legal grant to discriminate based upon a hybrid of tradition and effective lobbying.

“Structurally, the exemption resembles the one that Congress gave Major League Baseball from antitrust laws: It doesn’t really have a principled basis, but reflects some combination of tradition and lobbying power,” Feldman said.

There were (very loud) whispers of a legal challenge in 2015. Profiled in the New York Times, a group of five girls from Northern California demanded they be allowed to join the organization. They were denied membership but started their own unofficial offshoot known as the Unicorns. The Unicorns participated in a camporee event where they placed second–beating out dozens of officially-recognized Boy Scout troops. One of the Unicorns, Ella Jacobs, put it bluntly, “We can do the same things boys can — proven from camporee. There’s no really ‘girl things’ or ‘boy things.’”

But it’s unclear whether that rumored “legal challenge” actually went anywhere. There’s no record of the Unicorns ever actually filing a lawsuit. The article notes that the girls appeared before the BSA board and one-by-one dropped off their applications, but it seems like they never made it to a courthouse. Their bid to have the Unicorns become affiliated with the BSA was turned down.

At least one lawsuit actually was filed against the BSA over their denial of membership to girls. In 1995, on behalf of Katrina Yeaw, that lawsuit accused the BSA of prohibited gender discrimination for rejecting her membership application. The BSA fought the lawsuit and while on appeal before the California Supreme Court, other decisions involving the BSA determined that the organization had the right to determine its own membership criteria–effectively killed Yeaw’s chances. She withdrew her appeal a few months later, but said:

I was born a girl, and no matter what else I do with my life, that’s what it all comes down to–being a girl. Being born a boy or a girl is not something you can change, but maybe we can still change the laws that make it legal to discriminate against girls.

Earlier this year, the National Organization for Women (“NOW”) issued a statement urging the BSA to allow girls to join. NOW President Terry O’Neill said, at the time:

Women can now hold all combat roles in the military, and women have broken many glass ceilings at the top levels of government, business, academia and entertainment. It’s long past due that girls have equal opportunities in Scouting.

NOW was apparently motivated to issue this statement after learning of another challenge to the BSA’s membership rules–in this instance, by the story of a 15-year-old New York City girl who emulates her brother, an Eagle Scout. The local troop has apparently been nothing but accommodating and supportive, but the larger BSA organization dismissed the criticism at the time.

But now, just a few months later, the BSA’s board is changing its tune. After years of criticism and legal wrangling, it appears tradition has given way to a full-throated embrace of equality.