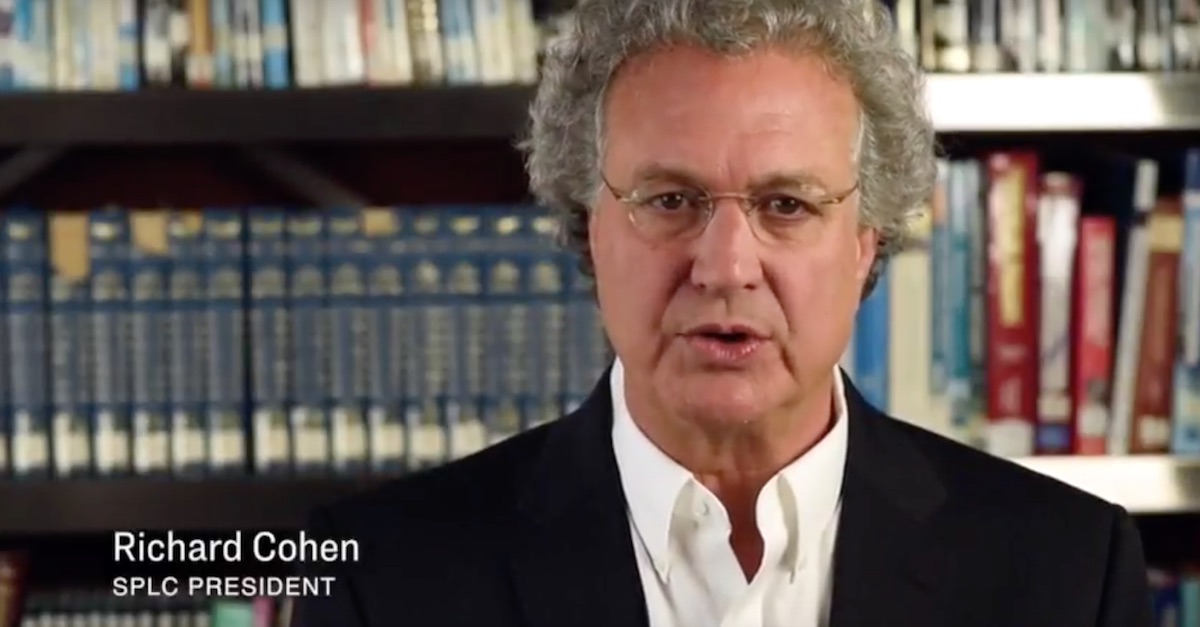 The Center for Immigration Studies (CIS) has filed a lawsuit against the Southern Poverty Law Center (SPLC), claiming that SPLC operators Richard Cohen and Heidi Beirich have violated the Racketeer Influenced and Corrupt Organizations Act (RICO) by “falsely designating CIS as a hate group.”

CIS describes itself as “an independent, non-partisan, non-profit, research organization” that “pursue[s[ a single mission – providing immigration policymakers, the academic community, news media, and concerned citizens with reliable information about the social, economic, environmental, security, and fiscal consequences of legal and illegal immigration into the United States.”

The SPLC, on the other hand, describes itself on its website as “dedicated to fighting hate and bigotry and to seeking justice for the most vulnerable members of our society. Using litigation, education, and other forms of advocacy, the SPLC works toward the day when the ideals of equal justice and equal opportunity will be a reality.”

If you go to the SPLC website, the CIS mission is presented as being the “go-to think tank for the anti-immigrant movement” and racism:

The Center for Immigration Studies, like the rest of the organized anti-immigrant movement we see in America today, was founded by John Tanton, a Michigan ophthalmologist turned population control alarmist whose racist beliefs stirred him to create a network of organizations with a simple agenda: heavily restricting the immigration levels to the United States in order to maintain a white majority. As Tanton himself wrote in 1993, “I’ve come to the point of view that for European-American society and culture to persist requires a European-American majority, and a clear one at that.”

“CIS’s much-touted tagline is ‘low immigration, pro-immigrant,’ but the organization has a decades-long history of circulating racist writers, while also associating with white nationalists,” SPLC continues.

Now CIS has responded to SPLC’s statements by filing a lawsuit.

CIS executive director Mark Krikorian said that SPLC has no right to “label us a hate group.”

“SPLC and its leaders have every right to oppose our work on immigration, but they do not have the right to label us a hate group and suggest we are racists,” Krikorian said. “The Center for Immigration Studies is fighting back against the SPLC smear campaign and its attempt to stifle debate through intimidation and name-calling.”

Krikorian et al. allege that SPLC damaged CIS by a “conspiracy to falsely call it a hate group.” The damages listed included termination from the AmazonSmile Program, which CIS said occurred because of SPLC’s “hate group designation.” CIS says that has cost the organization “at least $10,000 in donations to date and damages are ongoing.”

It remains to be seen if a judge will find that argument a persuasive one.

Previously, the SPLC was hit with a big payout after losing in a defamation lawsuit to Quilliam International and Maajid Nawaz, the founder of the organization. Nawaz objected to being mentioned in SPLC’s “Field Guide to Anti-Muslim Extremists” and sued for defamation. SPLC agreed to pay out a $3.375 million settlement and admitted it was wrong to add Nawaz and his organization to the since-removed list.

SPLC’s president Richard Cohen forced to apologize to Nawaz and his organization as part of the settlement.

“Mr. Nawaz and Quilliam have made valuable and important contributions to public discourse, including by promoting pluralism and condemning both anti-Muslim bigotry and Islamist extremism,” he said.

Law&Crime reached out to SPLC for comment and they responded by saying “We look forward to defending ourselves in court”:

The Center for Immigration Studies richly deserves the hate group label. It has a history of making racially inflammatory statements, associating with white nationalists, and circulating the work of racist writers. Its lawsuit is nothing more than a heavy-handed effort to try to silence us from exercising our First Amendment right to express our opinion. We look forward to defending ourselves in court.

RICO Suit Filed Against SPLC by on Scribd

Editor’s note: This story was updated after publication to include the Southern Poverty Law Center’s statement.