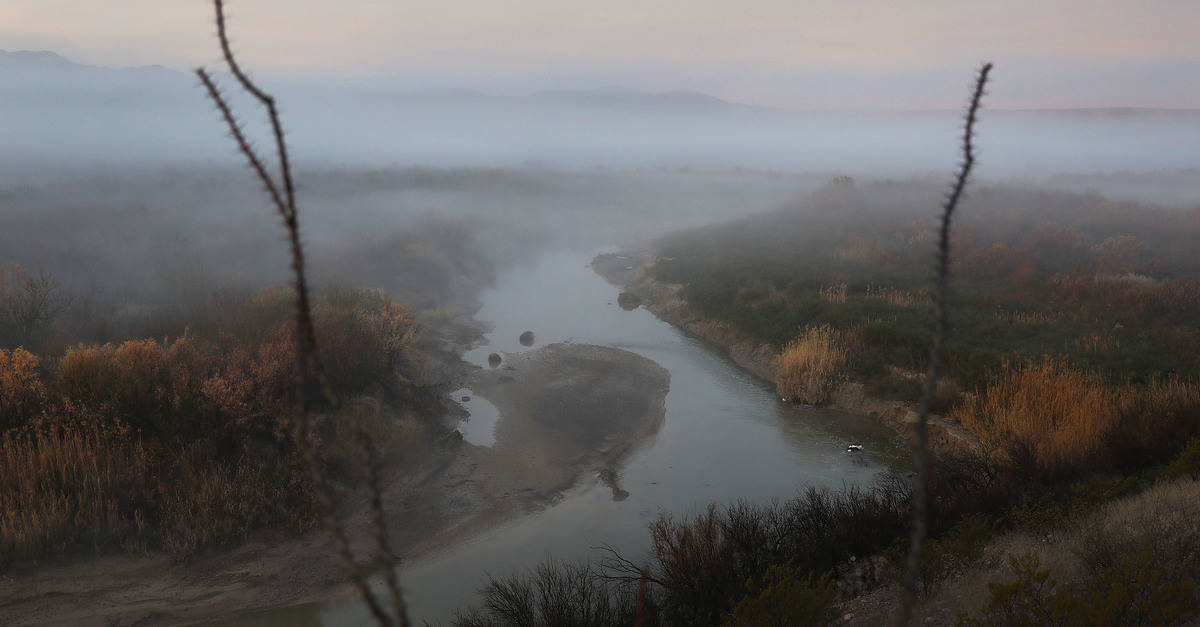 A coalition of parties is suing President Donald Trump and several other administration figures over the controversial–and recently rebuked–national emergency declaration “and accompanying actions unlawfully diverting funding to construct a wall at the United States-Mexico border,” alleging a widespread despoliation of the natural environment and violation of various ancestral resting places.

In the 42-page petition submitted to the U.S. District Court for the District of Columbia, lead plaintiffs Rio Grande International Study Center and Ramiro Ramirez start out by excoriating the basis of President Trump’s mid-February national emergency declaration.

“There is no national emergency supporting the President’s Proclamation on Declaring a National Emergency Concerning the Southern Border of the United States,” the lawsuit begins. “Instead, it is a fabrication to seize emergency powers in an attempt to accomplish a long-standing campaign promise—a ‘big beautiful wall’—that Congress, since President Trump’s inauguration, has repeatedly and explicitly refused to fund.”

The lawsuit quickly dives into the legal bases undergirding the filing:

But the National Emergencies Act does not allow the President to declare an emergency completely untethered to the facts on the ground. Nor do the other statutory authorities the President invokes—the powers to activate Ready Reserve military troops and divert Department of Defense spending for military construction—authorize construction of a wall that is unrelated to military activities and would not accomplish the stated aims of the emergency declaration. Moreover, the President’s blatant disregard for the exclusive power of Congress to appropriate money and to designate the purpose for which that money shall be spent violates the Appropriations Clause and the separation of powers embedded in the Constitution.

After a relatively brief introduction of those legal claims, the lawsuit gets into the facts of the matter — and they are decidedly macabre.

Ramirez argues that border wall construction “would result in the exhumation and desecration of his ancestors’ remains.” This is because the proposed plan sees the wall being “constructed on top of the levee that runs just north of the Jackson Ranch Church and Cemetery and abuts the Eli Jackson Cemetery,” where several generations of the Ramirez family dating back to the late 1800s are buried. And, according to admissions from Customs and Border Protection (CBP), “would disturb graves within the Eli Jackson Cemetery.”

“[T]he border wall would cut off direct access to the Jackson Ranch and Cemetery, stranding the property in a no man’s land between the Rio Grande River and the wall,” the filing reads. “Dr. Ramirez would be unable to freely access his property, and access would also be difficult—if not impossible—for family members to be able to visit the resting place of their ancestors, worshipers who attend the church, and other visitors hoping to see the historic site.”

Notably, wall construction at the location in question would also apparently demolish a famous stop on the Underground Railroad.

“Nathaniel Jackson (Dr. Ramirez’s great-great-grandfather) played a significant role in aiding fleeing slaves beginning as early as 1857, as well as in establishing a forerunner of the Jackson Ranch Church near the current site,” the lawsuit notes.

But it’s not just the bodies of Ramirez’s ancestors that stand to be dug up and isolated from their kin.

The current wall proposal would allegedly do much the same to a local Native American tribe whose members currently straddle some of the space on either side of the U.S.-Mexico border.

The “Carrizo/Comecrudo Nation of Texas (Esto’k Gna Nation) is a voluntary association comprised of indigenous peoples whose ancestors have inhabited the Rio Grande (Amahatau Mete’l) delta for hundreds of years or more,” the lawsuit notes.

The lawsuit goes on:

“Members of the Carrizo/Comecrudo Nation would be unable to visit the resting place of their ancestors,” the filing alleges, due to the lack of access to the Jackson Ranch that would occur under the current wall proposal.

On top of the alleged ancestral desecration, the Rio Grande International Study Center claims the wall would wreak untold havoc on the local environment and various ecosystems along the Rio Grande River and in the broader Rio Grande Valley.

“The wall would also cause damage to the river and wetland ecosystems and the wildlife that rely on the ecosystem,” the filing reads. “It would destroy city parks and trail systems and deform the skyline and landscape. New walls would make it even more difficult for wildlife to move across the border including animals such as the critically endangered ocelot, which is native to Texas. This wall would reduce the roaming area of impacted wildlife by as much as 775%, reducing the exchange of genetic material, which would make wildlife more vulnerable to disease and would ultimately lead to endangerment and possible extinction.”