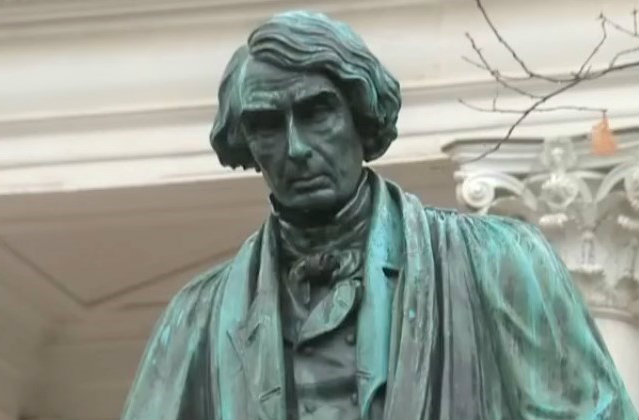 FREDERICK, Md. (AP) — A statue of the U.S. Supreme Court justice who wrote the 1857 Dred Scott decision affirming slavery is being removed from a City Hall courtyard in western Maryland.

A bust of Supreme Court Chief Justice Roger Brooke Taney (TAW-nee) and a bust of Maryland’s first governor and slave owner Thomas Johnson are being moved from Frederick City Hall on Saturday. Both will go to Frederick’s Mount Olivet Cemetery, where Johnson is buried.

The Taney statue was erected in 1931. He practiced law in Frederick before becoming the nation’s fifth chief justice.

Aldermen voted in 2015 to remove the Taney statue, which some find offensive.

The Historic Preservation Commission approved moving the statues. The busts will be restored before they’re permanently placed on cemetery grounds.