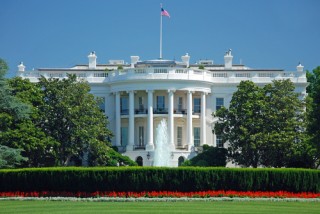 With the Democratic National Convention coming up in late July, the White House announced that members of President Barack Obama‘s cabinet are forbidden from speaking at the event, the New York Times reported. The announcement came from Obama’s Chief of Staff, Denis McDonough.

The ban is meant to show that the administration is continuing to focus on running the country, instead of being preoccupied with presumptive Democratic nominee and former Secretary of State Hillary Clinton‘s campaign, according to Jennifer Friedman, Deputy White House press secretary. Friedman said it will “send a signal about the primacy of the Obama administration’s responsibility to manage the government and serve the American people.”

This comes as the President himself plans to take a trip to North Carolina for a campaign appearance with Clinton, and after the President already filmed an endorsement video for the Democratic candidate.

Press Secretary Josh Earnest gave a slightly different reason for keeping cabinet members from speaking at the convention. “This is largely an effort to delineate as clearly as possible the public, official governing responsibilities we have at the White House, and separate that from politics. Indeed, Obama’s endorsement video was recorded in the residential area of the White House, not an office, and, according to Earnest, was “not filmed at government expense.” Additionally, Obama’s trip to North Carolina on Air Force One will be partially paid for by the Clinton campaign.

There are legal issues involved as well. For instance, there is no law that says cabinet members cannot speak at a national convention, but in 2012, Obama’s attorney’s advised that they are not permitted to use their official title of Secretary when doing so. This is likely an interpretation of the Hatch Act of 1939, which regulates political activity of federal employees and says that they may not be involved in political activity “when the employee is on duty.” The Hatch Act also says that a government employee may not “use his official authority or influence for the purpose of interfering with or affecting the result of an election.”

With a number of cabinet members already endorsing Clinton, and some rumored to be considered as a possible running mate, it seems that the White House is just being careful. Besides not wanting to give off the appearance of impropriety, keeping them from publicly speaking at the event also prevents them from accidentally breaking the law.