What Is the Logan Act? 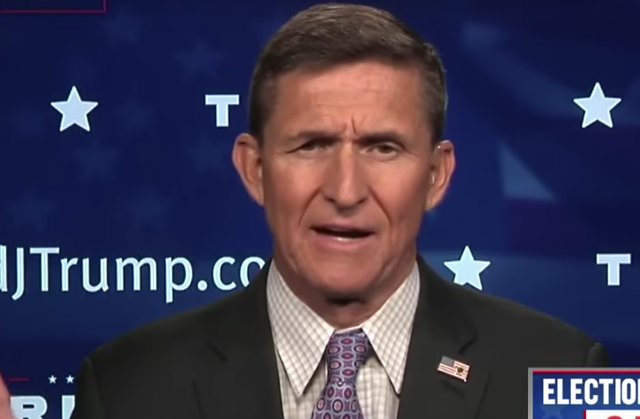 Former National Security Adviser Michael Flynn pleaded guilty Friday in lying to FBI agents about communications with a Russian ambassador, and he agreed to cooperate with Special Counsel Robert Mueller. What will he testify to? There’s nothing on the record yet, and speculation runs rampant. Which explains why The Logan Act was trending today online.

That’s because according to Flynn’s statement of offense, one of these conversations in December had to do with President Barack Obama‘s new sanctions against Moscow for allegedly interfering in the 2016 presidential election. Apparently, helped convinced the Kremlin not to take retaliatory measures against the United States. Pundits have wondered if this violates the 1799 Logan Act. Here’s the text:

This section shall not abridge the right of a citizen to apply, himself or his agent, to any foreign government or the agents thereof for redress of any injury which he may have sustained from such government or any of its agents or subjects.

Remember, this was during the transition. Flynn wasn’t National Security Adviser yet. This could maybe implicate a “very senior member” of the president’s transition team who, Flynn said, ordered him to contact foreign governments, including Russia, about a pending United Nations resolution about Israel. But that’s all hypothetical, and we’ll just have to wait until if and when Mueller’s hands down an indictment. (Multiple reports claim this senior member was Presidential Adviser and son-in-law Jared Kushner.)

It would be quite unprecedented if the special counsel actually does file for a Logan Act charge against anybody. The Congressional Research Service did a study in 2015, and only found one indictment under this law. That happened in 1803. Nonetheless, it played a small role in federal case law, State Department records, and Congressional politics.

“Although it appears that there has never been a prosecution under the Logan Act, there have been several judicial references to it, indicating that the act has not been forgotten and that it is at least a potential point of challenge that has been used against anyone who without authority allegedly interferes in the foreign relations of the United States,” said the report.

Prosecutors will possibly face a constitutional challenge if they attempt to prosecute anyone nowadays. Harvard Law Professor Noah Feldman argued in February that the law is unconstitutionally vague.