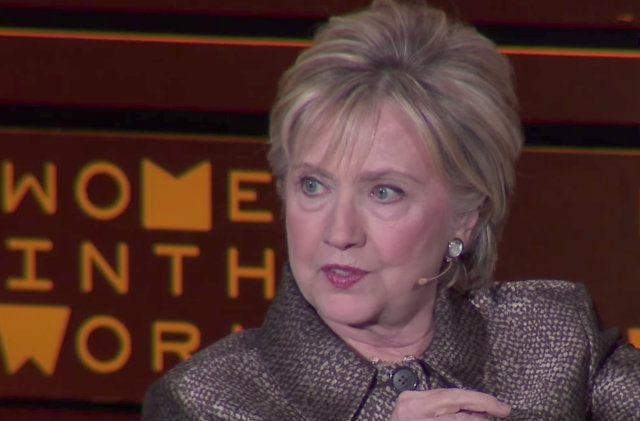 We are one step closer to possibly getting a look at a draft indictment against Hillary Clinton that was written up during the Whitewater scandal. On Friday, The United States Court of Appeals for the DC Circuit will hear oral arguments over a Freedom of Information Act request asking for The National Archives to release the records.

Attorneys for The National Archives are trying to keep the information secret because they are part of a grand jury proceedings which are typically not part of the public record, and because of Clinton’s privacy interests. Judicial Watch, a conservative watchdog group, is fighting for the records to be released.

Attorneys for Judicial Watch say the records should be released because “enormous amount of grand jury and other information from the independent counsel’s investigation of Clinton has already been made public, including a January 5, 2001 Final Report of the Independent Counsel and a 206-page “Summary of Evidence Memorandum” detailing the potential charges against Clinton, there is no secrecy or privacy left to protect.”

“The fact that information about the independent counsel’s investigation and potential indictment of Mrs. Clinton is readily available to the public does not extinguish Mrs. Clinton’s privacy interest.. Although an individual’s interests in privacy fade when the information involved already appears on the public record’…’the fact that an event is not wholly private does not mean that an individual has no interest in limiting disclosure or dissemination of information,” U.S. District Court Judge Reggie Walton said. Judicial Watch has appealed that decision.

The indictment was reportedly drafted by prosecutors during the Whitewater investigation in the 1990s. The special counsel questioned Clinton’s statements and testimony in front of a 1996 grand jury about her Arkansas law firm’s work for Madison Guranty Savings & Loan.