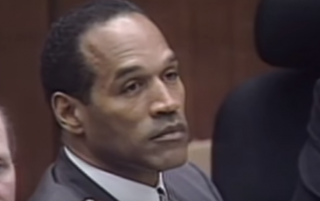 A bloody knife was discovered buried outside O J Simpson’s estate, the New York Post reports. A construction worker found the weapon while Simpson’s house was being demolished years ago, and turned it over to an off-duty police officer who kept it as a souvenir until now.

Los Angeles police are currently testing the knife to see if it is connected to the double murder of Nicole Brown Simpson and her friend Ron Goldman, according to the Los Angeles Times. Police say it is unclear when this knife was found, and if it is related to the murders. The investigation is still in the early stages. An attorney for OJ Simpson’s legal team called the latest development “ridiculous.”