Victims of the Borderline Bar Mass Shooting Have Been Identified 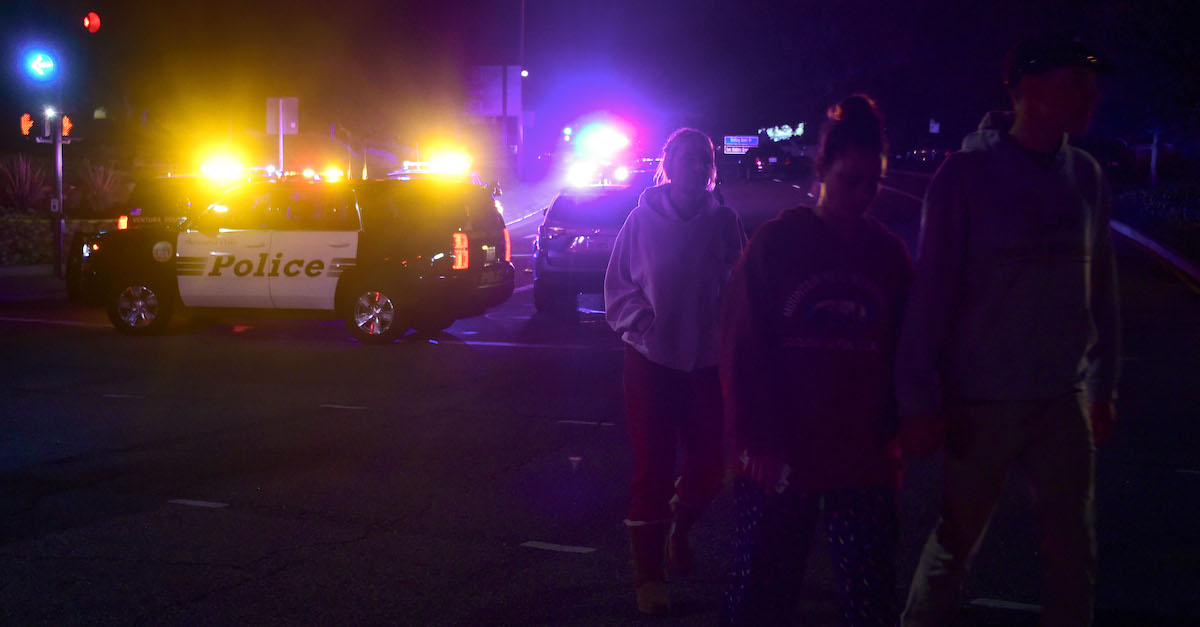 Each victim of the mass shooting in Thousand Oaks, California on Wednesday has been identified. A gunman took the lives of 12 people at the Borderline Bar & Grill on Wednesday night before possibly committing suicide, say Ventura County sheriff’s authorities.

Housley was a student at Pepperdine University, and the niece of former Fox News reporter Adam Housley and actress Tamera Mowry-Housley.

"Our hearts are broken," her aunt and uncle said. "Alaina was an incredible young woman with so much life ahead of her." pic.twitter.com/tmeNVhTdJf

Meek was a recent graduate of California Lutheran University where he studied criminology and criminal justice.

His friend says he died a hero, barricading himself between the gunman and others: "All he wanted to do was to protect us." pic.twitter.com/rTdB7p1lO0

One of the victims of the Thousand Oaks shooting is a Santa Barbara man, Mark Meza. @KSBY https://t.co/VlFHCPzwcF

“I hope to God no one sends me anymore prayers. I want gun control. No more guns!” – mother of shooting victim Telemachus Orfanos. She says he survived the #LasVegasShooting but did not survive the #ThousandOaksMassacre. @ABC7 @ABCNewsLive pic.twitter.com/UMqTY1RATK

Telemachus Orfanos, who went by Tel, was a survivor of the Route 91 Harvest music festival mass shooting in Las Vegas last year, his mother said. On Wednesday, he was killed at Borderline. https://t.co/9h9NcevNtF pic.twitter.com/VPy5NLTGNU

Noel Sparks, 21, was a student at Moorpark College. “She’s been there for me through difficult times," her best friend said of the young woman she'd met at church two years ago. https://t.co/xiiaaxdzxW pic.twitter.com/o2oolfNoma

Verified @gofundme campaign for Sgt. Ron Helus’ family created by the Ventura County Deputy Sheriffs’ Association. Helus was killed in the line of duty after he ran in to Borderline Nightclub during the shooting. https://t.co/GaL2K1qJGU

Officials says the gunman opened fire at the Borderline Bar & Grill at about 11:20 p.m. Wednesday night. The restaurant was reportedly popular with local college students.

Ventura County Sheriff Geoff Dean told reporters that Long used a Glock 21 with an extended magazine. The gun was legally purchased and the extended magazine was illegal. It’s not clear at this time how many rounds the magazine held. The suspect was found dead in the bar, the sheriff said according to KABC. It is believed that the gunman committed suicide. The motive behind the mass shooting remains unknown, and the investigation is pending.

Bystander Matt Wennerstrom told KABC that he broke a window with a bar stool to escape the shooting.

“We probably pushed 30 or 35 people through that window,” he said.

Helus was scheduled to retire in 2019.

“Ron was a hardworking, dedicated sheriff’s sergeant,” Dean told reporters. “He was totally committed. He gave his all, and tonight as I told his wife, he died a hero because he went into save lives, to save other

“He died a hero. He went in to save lives, to save other people.”

Dean was set to retire Friday.

The sheriff confirmed that Long served in the U.S. Marine Corps. A female neighbor told ABC6 that he suffered from PTSD.

Dean told reporters that the sheriff’s office was in contact with Long over the years. They were called to his home in April, and he was behaving “irate and irrationally.” He could not confirm if the shooter suffered from PTSD.