Va. Authorities Recover Remains of One of Two Women Who Went Missing After Group Went Over Dam on the James River (Update) 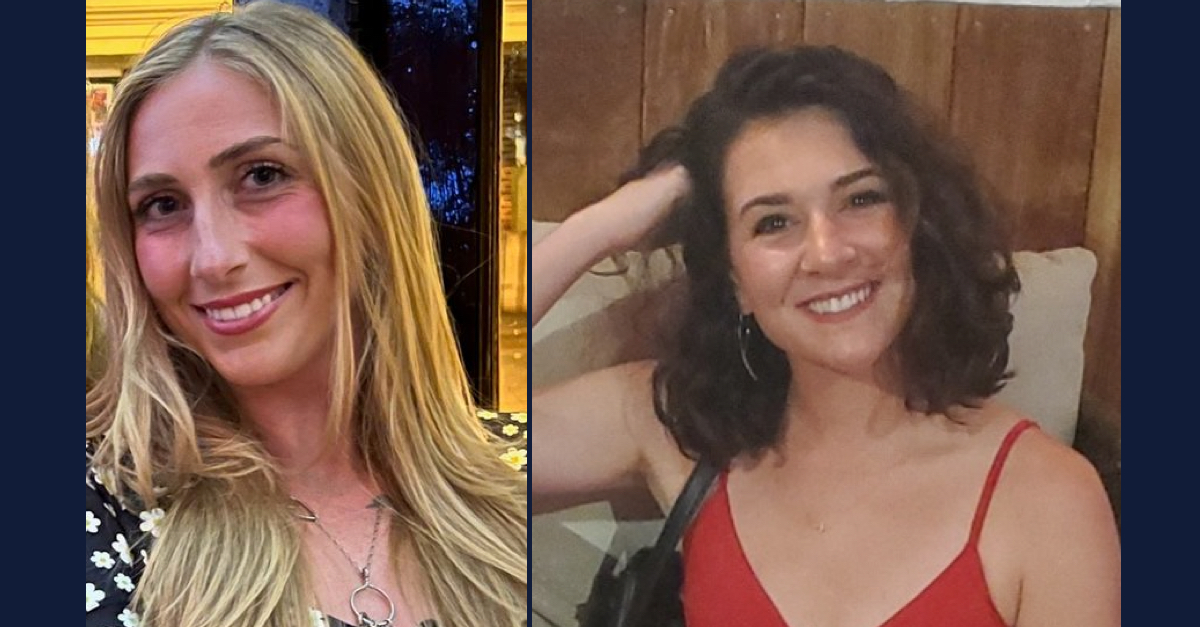 Henrico Police in Virginia have identified Lauren E. Winstead, 23 (left), of Henrico County, and Sarah E. Erway, 28 (right), of Chesterfield County, as missing after a group of people in floating devices went over the Bosher Dam on Memorial Day. (Pictures via Henrico County Police.)

Update: Authorities in Henrico County announced that Lauren Winstead’s remains were recovered from the James River on Wednesday afternoon.

At approximately 1:30 Wednesday afternoon search teams recovered the body of Lauren Winstead from the James River just west of the Powhite Parkway Bridge. The search for Sarah Erway will continue and is transitioning from a search and rescue mission to a recovery operation.

Our deepest condolences are with Ms. Winstead’s family during this difficult time.

Police in Virginia have identified the two women who have been missing since a group of people floating down the James River went over a dam on Memorial Day.

Lauren E. Winstead, 23, and Sarah E. Erway, 28, were among 12 people who were floating down the river when they went over the Bosher Dam, Henrico County police said in a statement Tuesday.

“On Monday, May 30, 2022 in the early afternoon, area first responders from the counties of Chesterfield and Henrico, along with the City of Richmond responded to the James River for individuals in distress near Bosher’s dam after 12 people set out upriver to float along the river,” the statement said. “Responders confirmed those agencies responded to assist, ultimately giving aid to 10 people. Crews searched for the remaining two adult females until dusk. However, due to nightfall, operations ceased[.]”

Local CBS affiliate WTVR reported that the group launched from Watkins Landing at around 1:00 p.m. on Monday and tried to stop at Robious Landing, about 13 miles east.

The river currents were reportedly too strong and swept the group toward the dam. River levels were above nine feet Monday due to recent rains, WTVR noted.

People in the area, including first responders, rushed to aid and were able to rescue 9 people, local NBC affiliate WWBT reported. A tenth person was reportedly able to get themselves to safety.

“Someone came and banged on our window saying that their group went over the dam,” Finn Gardner, who lives nearby and ran to help, told WWBT. “So, we ran out there, and we were trying to help get people out of the water and make sure that everyone was accounted for. Unfortunately, we couldn’t find two of them, but we were going off through there making sure everyone got over onto the shore safely.”

Gardner said that he his holding on to hope that the women have survived.

“I’m hoping that they’re in someone’s house somewhere trying to find a way to contact their group,” he told WWBT. “You got to hope for the best.”

A resident in the area said a girl came to their door saying her friends had fallen into the river, WWBT reported. Neighbors reportedly said that the group appeared to be using rafts and paddleboards, although first responders did not confirm this.

Representatives for the Henrico County Police referred questions to Richmond Police, who did not immediately respond to Law&Crime’s request for an update on the search.

Local ABC affiliate WRIC reported that at around the same time the group went over the dam, another couple floating down the river in a shared innertube were rescued by a paddleboarder when their tube flipped and the couple was nearly swept away by the current.