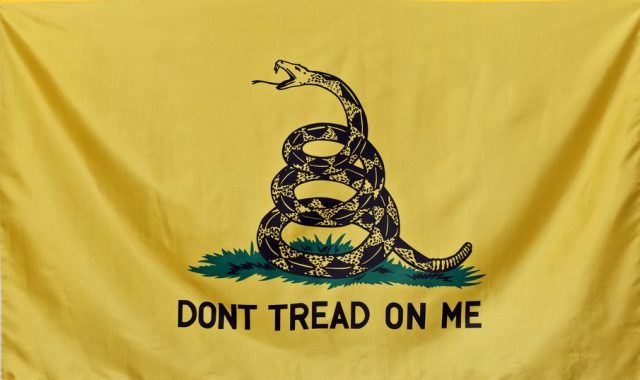 WASHINGTON (AP) — The Trump administration has agreed to a “very substantial” payout and is apologizing to tea party groups to settle lawsuits over the extra, often burdensome IRS scrutiny they received when applying for tax-exempt status during the 2012 election.

Eddie Greim, a lawyer representing more than 400 groups in a class-action suit, provided that general description of the proposed financial settlement, which remained sealed Thursday. The Justice Department made no reference to a payout in its announcement.

Court records show that in the second suit, the IRS said it would say it was sorry for the intensive scrutiny of the groups, part of a conservative, anti-establishment movement that is something of a forerunner to Donald Trump’s populist, America-first presidential campaign.

The settlements, which require a judge’s approval, would close a chapter in a political scandal that dogged the Obama administration and remains a source of outrage for Republicans. The groups said their constitutional rights were violated when the IRS targeted them based on their political views.

The IRS had admitted the targeting, in part by zeroing in on groups with words such as “Tea Party” or “Patriot” in their names. Many had their applications delayed for months and years. Some were asked improper questions about their donors and even their religious practices, an inspector general’s report found.

The Obama Justice Department announced in 2015 that no one at the IRS would be prosecuted. It said investigators found mismanagement but no evidence that the tax agency had targeted a political group based on its viewpoints or obstructed justice.

Republicans were disappointed again when the Trump Justice Department, under Attorney General Jeff Sessions, said it would not reopen its case against Lois Lerner, who had led the IRS office that processes applications for tax exempt status.

Still, Sessions condemned the misconduct in a statement announcing the settlements.

“There is no excuse for this conduct,” Sessions said. “Hundreds of organizations were affected by these actions, and they deserve an apology from the IRS.

The groups that sued were “very pleased” with the settlement outcome, Greim said.

“It’s a great day for the First Amendment and the promise of a fair and impartial government,” he said in a statement. “But this day was too long in coming.”

Much of the agency’s leadership, including Lerner, resigned or retired over the scandal. One of the proposed agreements calls senior management “delinquent” in providing control and direction over the process. It faults Lerner for failing to tell upper-level management of the long delays in processing applications from tea party and other conservative groups.

“These cases against the IRS shouldn’t have happened in the first place,” Sessions said during a speech at the Heritage Foundation. “They never would have been necessary if government had acted properly.”

This article was written by Sadie Gurman of the AP with contribution from Dan Sewell.