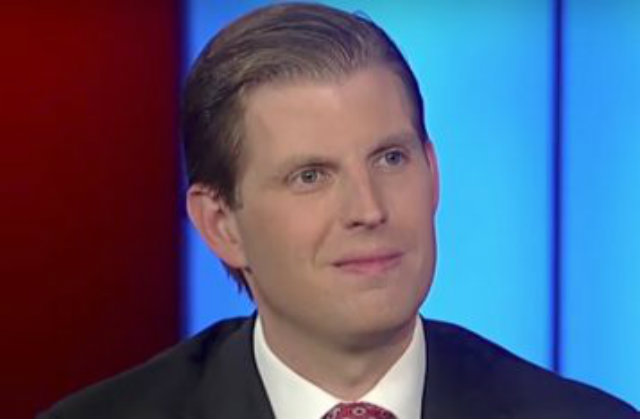 The Trump campaign seems to have its dates mixed up. In a recent campaign fundraiser text, the president’s son Eric Trump said they had to beat a pressing FEC deadline. The problem is, the quarterly date for presidential campaign isn’t for months.

Here’s the tweet from a reporter with The Center for Public Integrity. He obtained the text:

Fake fundraising text from @EricTrump. There is no “end of month deadline” for Trump campaign. It files quarterly. Next deadline: Oct. 15. pic.twitter.com/Ln8WJWjDu7

“Please continue to help us by Contributing NOW before 11:59 p.m. TONIGHT!” it read.

Trump campaign has chosen quarterly filing this year. It remains a quarterly filer until it formally changes its filing frequency to monthly pic.twitter.com/9y67advgim

Indeed, the next FEC deadline for presidential campaign committees comes Oct. 15. It covers the period through Sept. 30. The Trump campaign filed at the last deadline, July 15.