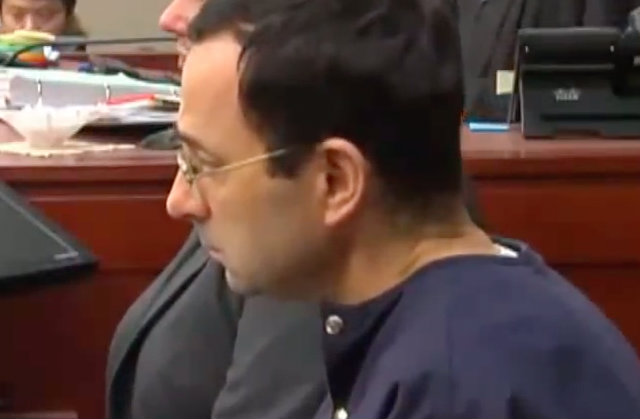 The United States Olympic Committee recently said that USA Gymnastics needs “new board leadership” because of Lary Nassar‘s abuse, and they reiterated that in a letter on Thursday. Among other things, the USOC wants the organization to replace its entire board of directors by next Wednesday, or else lose its certification as a national governing body. Interim replacements must be seated by February 28.

There are no complaints from USA Gymnastics, at least publicly. It “embraces” the requirements in the letter.

“We understand that the requirements imposed by the letter will help us enhance our ability to build a culture of empowerment throughout the organization, with an increased focus on athlete safety and well-being,” they said in a statement. The Board of Directors page on the USA Gymnastics website is down as of Friday morning.

Nassar, a former sports doctor for USA Gymnastics and Michigan State University, was sentenced Wednesday to 40 to 175 years in prison for seven counts of first-degree criminal sexual conduct. More than 150 women delivered statements at his hearing, most telling the court he abused them under the guise of medical treatment. Athletes like gold medalist Aly Raisman spoke out against USA Gymnastics for its lack of action in stopping this abuse. Former gymnast Lindsey Lemke point blank said the organization paid “athletes millions of dollars to stay quiet about Larry Nassar.”