Turns Out Andrew McCabe Didn’t Lose His Pension After All 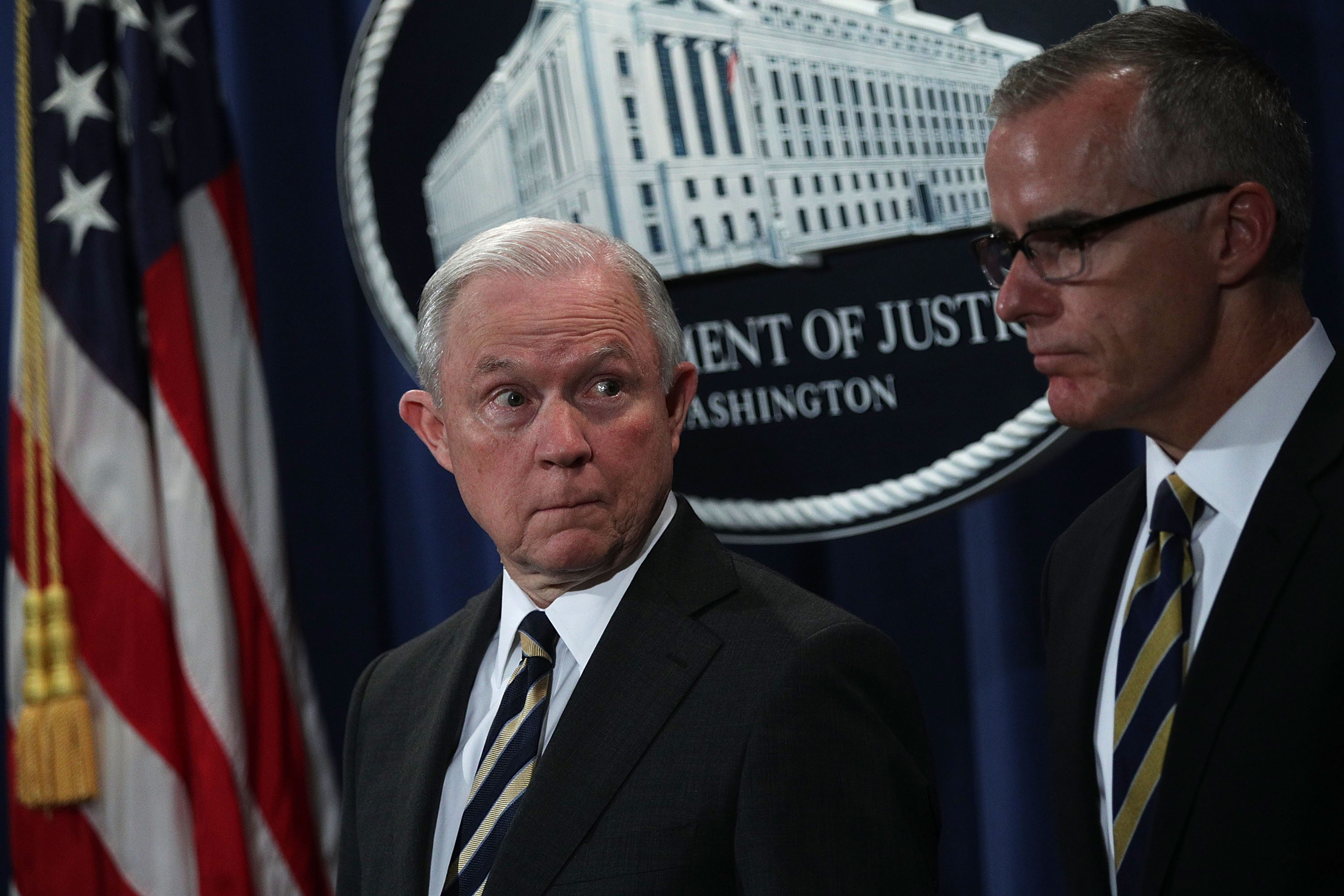 Andrew McCabe‘s estimated $1.8 million pension was reportedly lost forever when he was fired. As it turns out, he may just have to wait awhile–but that amount may ultimately be substantially diminished.

Turley notes that under the Federal Employees Retirement System (“FERS”), benefits vest after five years of federal service. McCabe’s benefits, therefore, were not totally lost when he was fired for cause over alleged media leaks–and consequently allegedly lying to federal investigators about those leaks.

The FERS system is the primary retirement system for federal civil service employees. FERS replaced the older Civil Service Retirement System in January 1987, but most federal employees hired on or after January 1984 are automatically enrolled in a FERS-based plan. Andrew McCabe began working for the FBI in New York in 1996, where he investigated Russian organized crime.

It appears McCabe was attempting to take advantage of the special FERS eligibility program for law enforcement officers. This plan would have allowed McCabe to retire with his full pension after 20 years of creditable service at the age of 50.

Instead, McCabe’s FERS benefits won’t be available until the age of 57 at the earliest under more basic FERS rules. To clarify: because McCabe’s benefits vested after five years of service and he continuously paid into the FERS plan while employed by the FBI, McCabe’s benefits are waiting for him when he’s legally allowed to retire.

McCabe could also–and likely will–file a request for his pension but it probably wouldn’t be acted on until many years from now. His request would be coded into the system and he’d simply have to wait.

If you are not eligible for an immediate annuity at the time of termination, you do not lose your eligibility for a “deferred” annuity just like any other federal worker who leaves federal service short of being fully eligible to collect a retirement annuity. Your annuity will be deferred until you reach the age eligibility to collect a deferred annuity.

As for offers by various Democrats who’ve allowed their hearts to bleed for Republican McCabe? They may not amount to much. McCabe’s attempts at early retirement are conditioned on primary law enforcement employment–he can’t just shuttle around Democratic congressional offices with lattes in hand and expect to take advantage of the perks and privileges offered to federal law enforcement officers.

Additionally, there’s some indication that McCabe could be entirely barred from early retirement due to the nature of his firing. According to 5 U.S.C. §8412(d)(2):

An employee who is separated from the service, except by removal for cause on charges of misconduct or delinquency…after becoming 50 years of age and completing 20 years of service as a law enforcement officer, member of the Capitol Police or Supreme Court Police, firefighter, nuclear materials courier, or customs and border protection officer, or any combination of such service totaling at least 20 years.

This statute suggests McCabe’s options for some form of early retirement have been wholly eliminated because he was fired “for cause.” Instead, McCabe will probably just have to wait it out–and likely lose out on seven years’ worth of pay in the process.

[image via by Alex Wong/Getty Images]