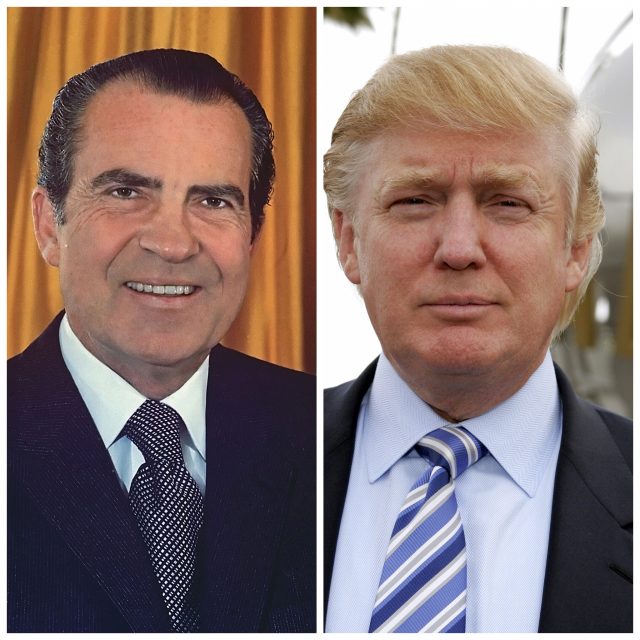 In a surprising turn of events, President Donald Trump fired the acting U.S. Attorney General Sally Yates after she refused to have her department enforce Trump’s wide ranging executive order on immigration. Many pundits, including scholars, have compared this late Monday evening move to what happened during the Nixon administration.”Reminds me, of course, of Nixon’s Saturday night massacre,” said Harvard Law Professor Laurence Tribe in a late night tweet. Sen. Chuck Schumer (D-NY) has also made similar claims.

3/Reminds me, of course, of Nixon’s Saturday night massacre, firing one Acting AG after another until he found one (Bork) who’d fire Cox

So for those of us that need a refresher, or were not alive in the 1970s: What was the Saturday Night Massacre? Was it similar to what Trump did? In some ways it was, but Nixon took matters much further than Trump. On top of that, Trump’s decision to actually fire Sally Yates was perfectly within his power as president. However, in both cases, the Attorney Generals were being asked by the President  to do something that they believed could be unlawful.

The Saturday Night Massacre refers to when President Richard Nixon forced the resignation of independent special prosecutor Archibald Cox during the Watergate Scandal.  Nixon was upset that Cox would not go along with his compromise regarding turning over subpoenaed taped conversations recorded in the Oval office.

The thing was Cox could only be fired “for cause” by the Attorney General. It is called the Saturday night massacre because Nixon first demanded that Attorney General Elliot Richardson fire Cox. Richardson refused and resigned. Then Nixon demanded Deputy Attorney General William Ruckelshaus fire Cox but he also refused, and was fired. Finally, Solicitor General Robert Bork (who became acting attorney general) complied with Nixon’s demands, and fired Cox.

Here is how The Washington Post described what happened back in October 21, 1973:

In announcing the plan Friday night, the President ordered Cox to make no further effort to obtain tapes or other presidential documents.

Cox responded that he could not comply with the President’s instructions and elaborated on his refusal and vowed to pursue the tape recordings at a televised news conference yesterday.

That set in motion the chain of events that resulted in the departure of Cox and the two top officials of the Justice Department and immediately raised prospects that the President himself might be impeached or forced to resign.

In a statement last night, Cox said: “Whether ours shall continue to be a government of laws and not of men is now for Congress and ultimately the American people.”

Here is where things diverge from what Trump did. Following Nixon’s firings, a federal judge ruled that the dismissal of Cox was illegal because “in the absence of a finding of extraordinary impropriety as specified in the regulation establishing the special prosecutor’s office.”

Trump is perfectly within his legal rights to fire Sally Yates, and there is no law preventing him from doing so. Cox’s job was created within the U.S. Attorney’s Office and came under the authority of the AG. Cox could only be removed for good reason. Yates, on the other hand, serves at the pleasure of the President. Where there is a similarity is both Yates and Richardson were being asked by the President to do something which they thought to be potentially unlawful. In Yates’ case, she believed Trump’s executive order banning refugees could be unlawful. In Richardson’s case, he believed the firing of Cox was illegal (which a judge found it was).