Supreme Court Brief: Prohibition of Marijuana Is Unconstitutional Due to Feds’ Own Statements and Actions 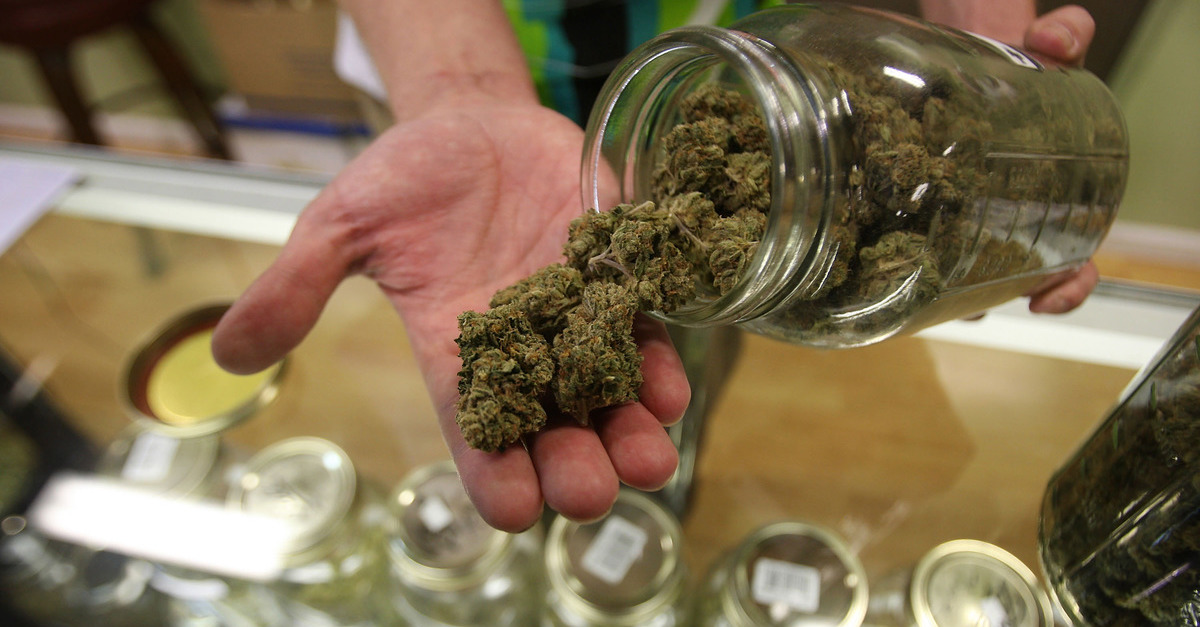 An amicus brief filed with the U.S. Supreme Court this week challenges the constitutionality of marijuana’s prohibited status under the decades-old legal regime.

Submitted by attorneys on behalf of the National Organization for the Reform of Marijuana Laws (NORML), the 36-page filing focuses on two-plus decades worth of state-based efforts to legalize marijuana in varying degrees. Specifically, the brief juxtaposes those successful reforms against the increasingly lax and permissive attitude of all three branches of the federal government viz. marijuana.

“A supremacy and nullification crisis has loomed for the past 24 years with regard to the 34 States that implemented some form of cannabis legalization program despite its prohibited Schedule I designation under the federal Controlled Substances Act (CSA),” the filing notes. “This crisis has been fomented by all branches of government. Each have made statements and taken actions to protect and further the state cannabis programs despite federal illegality. States have passed cannabis regulations that defy federal supremacy.”

Filed as a supplementary brief in the case of Washington v. Barr, NORML also notes that, since 2014 Congress has consistently passed appropriations riders that “handcuff” the Executive branch and federal law enforcement–prohibiting them from using federal funds to investigate and prosecute marijuana users or distributors who are in compliance with state law and regulations. Additionally, the brief points out, federal courts have validated those prohibitions and the U.S. Department of Justice (DOJ) previously issued “prosecutorial guidance memoranda” that constrained the federal government from going after state-compliant marijuana businesses.

The resulting and so-called “nullification crisis,” according to the friend-of-court brief, has resulted in the creation of “hundreds of thousands of jobs” and “billions in revenue generated.” But, NORML warns, the state of play between the states and the federal government on marijuana–effectively a law enforcement cease fire–rests on shaky ground and could be overturned at any moment–severely jeopardizing the lives and livelihoods, as well as the legal status, of those employed in or served by the marijuana industry.

The filing cites Attorney General Bill Barr to elucidate the point about the uneasy alliance that has kept the federal government out of dispensaries while the marijuana market booms apace.

“Barr, during his confirmation hearings, directly identified his concerns about [the crisis],” the filing says. “For him, the guidance memoranda, the spending appropriations amendments which were signed into law by the Executive, and the federal judicial rulings upholding them created a ‘backdoor nullification’ of federal law.”

Barr, of course, is the defendant in the original case filed three years ago by several medical marijuana patients who use the drug to manage their daily lives. The plaintiffs have argued that marijuana should not be classified as a CSA Schedule I drug because such drugs are deemed to have “no currently accepted medical use in treatment,” which is clearly not the case with marijuana.

And, while Barr has followed his immediate predecessors by continuing the DOJ’s light touch in regards to federal enforcement of drug laws, the “nullification crisis” is still a looming threat to marijuana users and providers, the NORML brief argues.

“Rather than letting future political whims undo the efforts of the three coordinate branches of federal government to protect and promote state cannabis programs, [the Supreme Court] should, as a matter of fairness and Due Process, invoke estoppel against the federal government to prevent injustice through retroactive prosecution of those who detrimentally relied on such statements and violated federal law,” the filing argues. “Invocation of estoppel would end this constitutional crisis and cede the power to regulate cannabis to the states as the federal government has effectively attempted to do through nullification for more than two decades.”

NORML’s main argument is somewhat novel but relies on a foundational doctrine of the common law.

Estoppel is the legal principle that prohibits one party from relying on a legal fiction–like a law, contract or agreement–to assert and use power in opposition to the facts on the ground because another party (or parties) relied on those prior facts.

Here, the argument is essentially that marijuana users and “industry participants” relied on the official “acts and statements” made by various branches of the federal government over the course of the past 24 years and therefore it would be unfair for the government to go back on its word and ever punish them for the activities previously sanctioned and promoted by those various actions.

The brief goes on to argue that estoppel is the appropriate remedy in the present case because it “emanates from Due Process’s requirement of fair notice of what conduct is illegal and will incur sanctions.” This is an argument that marijuana must be decriminalized in order to satisfy the U.S. Constitution.

“While Attorney General Barr testified he would not prosecute industry investors and participants who for more than two decades have detrimentally relied upon those official policies and actions, there is no guarantee that his successors too will refrain from doing so,” the brief concludes. “Whether such prosecutions take place after the expiration of spending appropriations restrictions may in fact constitute an ex post facto prosecutions.”

The Supreme Court is scheduled to hold a conference on the case in early October.