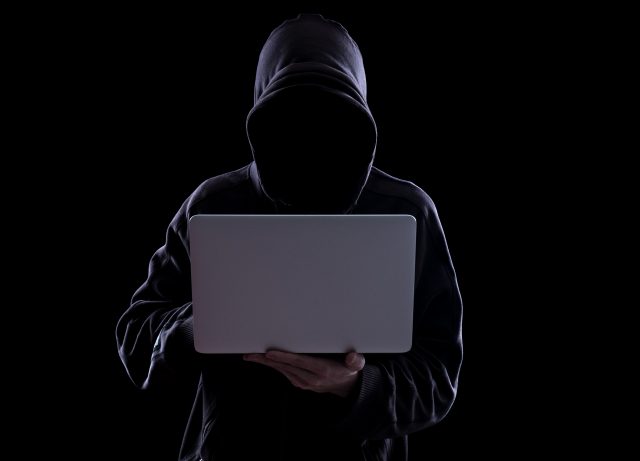 It has become cliché to say that the allegation in any rush to judgment gets exponentially more news coverage than the eventual vindication, but what has just happened in the “Steubenville Rape Case Football Cover-up” story may set a new standard for that frustrating phenomenon.

For those who have forgotten, this story got HUGE national coverage in 2012-13. Interestingly, it didn’t get much attention at all when the actual crime took place and two teenagers were immediately charged as adults in August of 2012.

It only exploded nationally because a hacker, who claimed to be part of the vaunted international group “Anonymous,” broke into, just before Christmas, a fan website of the powerhouse Steubenville (OH) High School football team. Wearing a “Guy Fawkes” mask, the hacker posted a haunting video on the hacked site threatening to release personal records for the whole town if those involved in the “cover up” didn’t come forward to admit their role in it. He also made several shocking allegations about what supposedly REALLY happened with regard to an alleged assault by two sophomore members of the football team who, it should be pointed out, had never played a down of varsity football and were part of a larger group of players already kicked off the team at this point.

With lots of great video, a salacious rape/football narrative, and a small-town cover-up accusation which seemed to mirror the “Penn State Scandal” (which was still huge news at the time), the national news media just couldn’t resist buying into it hook, line, and sinker. The New York Times bit hard. ABC’s 20/20 devoted an entire show to it. Deadspin called for the “asshole” football coach (who is a legend in the region) to be fired. The Atlantic went all in on the “football rape crew” narrative created solely by the hacker.

Well, now we know that they all got the whole story very wrong.

This week the hacker, Deric Lostutter, who was so glorified by the news media as a hero that Brad Pitt’s production company bought the rights to make a movie about his story, was sentenced to two years in prison for his role in the case. The assistant U.S. Attorney, Neeraj Gupta, told the judge during the sentencing hearing, “Not only was there not a cover-up, but he didn’t help this investigation at all.”

As if that shouldn’t be enough to provoke a string of media retractions and apologies, the local prosecutor who oversaw the rape case itself made this scathing victim impact statement. In it, she castigates Lostutter and the news media for creating a narrative about the case, the football team, and the town which was “entirely false.” She also details, in very stark terms, the enormous damage done to multiple parties by these allegations, which anyone with even a cursory knowledge of the facts knew from the very beginning were obviously impossible.

I was one of those who knew right from the beginning what was really happening here and I tried my best to stop it. However, I quickly found out that trying to convince the major news media that a narrative this juicy is false is like crashing your head against a brick wall without a helmet.

The reason I knew this story was basically bullcrap is that I was once a TV sportscaster for the NBC affiliate in Steubenville and I wrote a book about spending an entire year with the football team. The coach allegedly involved in this “cover up,” Reno Saccoccia, is the very same guy I spent an enormous amount of my life evaluating and dealing with under the very most difficult of circumstances.

I know the real “Reno” as well as anyone outside of his family. We have hated each other with a great passion at times (about the only thing Deadspin got right about the case is that Reno is indeed a bit of an “asshole”), but I knew that he was not capable of doing what was alleged. More importantly, I knew the facts of the case weren’t even remotely consistent with there having been a cover-up in this situation.

As fate would have it, I was one of the first people to notice the original hacking of the fan website, which, contrary to almost all the reporting, had no affiliation to the school or the team. I immediately confronted Lostutter online for being an obvious fraud (he had only a few twitter followers, his handle “KYAnonymous” indicated he was from Kentucky, which is nowhere near Steubenville, he said many things in the video which I already knew to be clearly false, and even misspelled Steubenville in the video).

I knew the webmaster of the hacked site from my days in Steubenville (nothing ever changes there) and I wrote for him a statement to post on his website once he regained control of it, responding to the defamatory statements Lostutter made about him and the case. I then alerted Reno (who has done hours of unreleased interviews with me about this story), who was completely oblivious what was happening and had never heard of Twitter, to the coming media crapstorm.

However, even I was shocked and horrified by how major news outlets went out of their way to lionize Lostutter, who, at best, was clearly using illegal means to terrorize an entire community at Christmas. One of those which did so was The New York Times.

I called their reporter on the story, Juliet Macur, and tried to explain to her that none of what Lostutter was alleging was true or even made any sense. I got nowhere. When I asked her why she was giving an online terrorist a platform to spew lies about innocent people, she literally hung up on me. When I then spoke to her editor, Joe Sexton, I got a very arrogant runaround. I have emailed both of them today notifying them to the latest developments and asking when I can expect their coverage correcting the record, but I doubt I will ever hear anything from them, either privately or in print.

One of the many reasons is that this story will never be corrected is that, thanks to the media firestorm, Ohio’s Attorney General Mike DeWine felt enormous pressure to come up with some convictions related to this nonsensical cover-up theory. What ended up happening is that in the course of this extensive grand jury investigation (which was such a joke that prosecutors tried to imply during his testimony that Reno was involved in an affair, not realizing that the “XOXO” texts he got were from his daughter!) they accidentally found enough evidence in an ENTIRELY DIFFERENT case to force some school officials to plead guilty to some relatively minor offenses. DeWine deceitfully held a press conference where he erroneously conflated these charges with the “Steubenville Rape Case” and, even though the dates on the indictments were BEFORE the “football” case ever happened, the news media, like the moronic sheeple they usually are, dutifully obeyed, further cementing the utterly false narrative of the original case.

When you wonder how we got to live in a “post-truth” world and Donald Trump can so easily convince his supporters that most of the media engages in “fake news,” you need not go any further than this story to understand the answer.