Statue Honoring Former Governor to be Moved from Courthouse 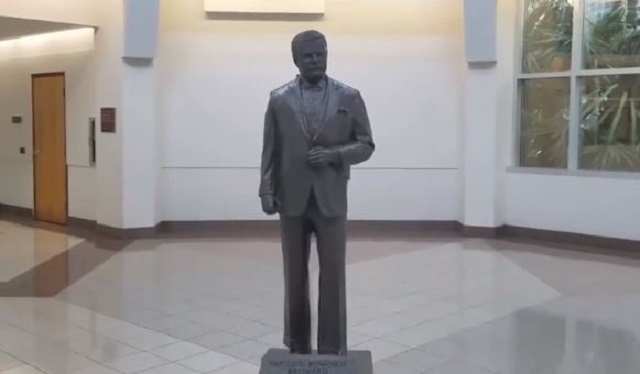 FORT LAUDERDALE, Fla. (AP) — A statue honoring a former governor whose segregationist comments recently came to light will be removed from a Florida courthouse.

News outlets report the decision to remove the statue comes after commissioners in Hollywood, one of Broward County’s largest cities, agreed to renamed streets named after Confederate soldiers. Similar issues have arisen across the South.

Broward’s writings came to light when a local blogger published excerpts and led the call to remove the statue.

Broward was Florida’s governor from 1905-1908 and is best known for the draining of the Everglades.

The statue has been at the courthouse since 1993. Sharief says it will be placed in storage.