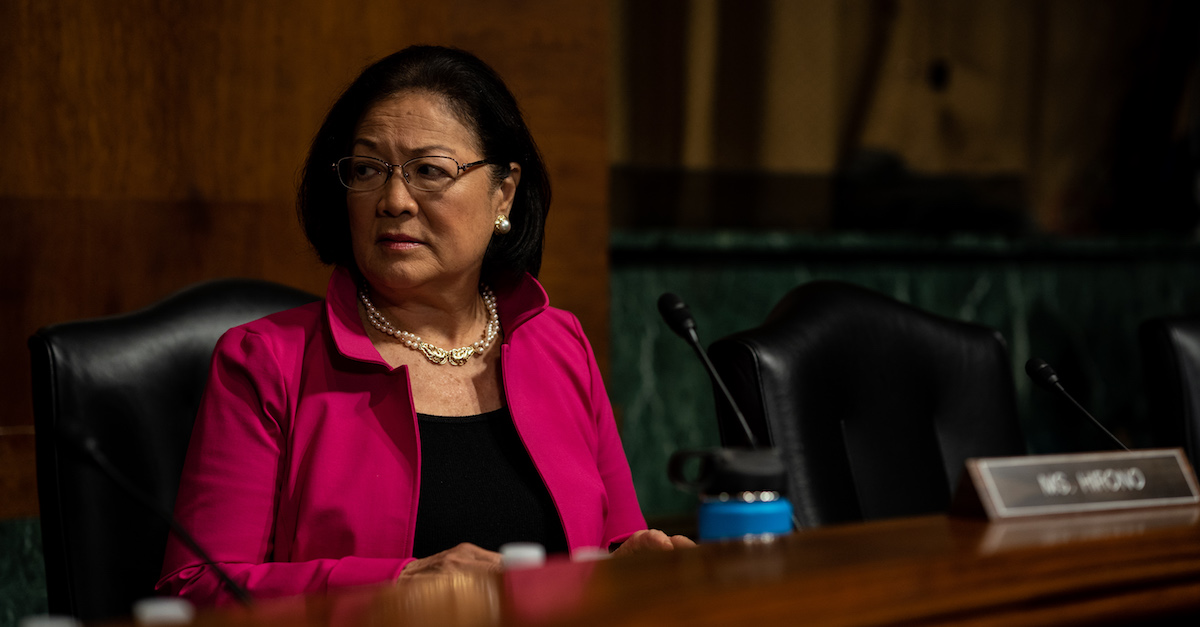 Sen. Mazie Hirono (D-Hawaii) in recent days has become one of the more visible members of Congress on cable news and otherwise. Hirono has been a staunch advocate of Dr. Christine Blasey Ford, who has accused Supreme Court nominee Brett Kavanaugh of sexually assaulting her at party 36 years ago.

According to CNN, Hirono’s re-election campaign has apologized on Thursday after the campaign sent out a fundraising email because the Senator’s attention has been on an investigation of Kavanaugh and the allegations against him.

The email reportedly said the following: “I am spending every minute of my day fighting the Republicans who are desperate to rush Brett Kavanaugh’s nomination and deny a fair investigation into the credible sexual misconduct allegations against him. This has to be my focus.”

“What that means is I have limited time to campaign for our re-election or to fundraise — making us particularly vulnerable to right-wing attacks,” it continued.

The email asked recipients for at $3 or more. CNN says that “over an hour later” the campaign responded. “Team Hirono” said that the fundraising message was a mistake.

“We apologize sincerely for the error. All contributions that were made on this page will be donated to organizations helping survivors of sexual assault,” they said. It was noted in the piece that Sen. Jeff Merkley (D-Oregon) was another Democrat who tried to raise money off of the highly politicized situation unfolding on Capitol Hill.

Merkley notably sought an injunction to stop the Kavanaugh confirmation from going to a vote.

Hirono has raised eyebrows of political opponents with statements like “men in this country, just shut up! And step up.” She also did not really answer this question posed by CNN anchor Jake Tapper: “Doesn’t Kavanaugh have the same presumption of innocence as anyone else in America?”

“I put his denial in the context of everything that I know about him in terms of how he approaches his cases,” she replied.”His credibility is already very questionable in my mind and in the minds of a lot of my fellow Judiciary Committee members – the Democrats.”