Robert Durst Told Prosecutors He Was On Meth Throughout ‘The Jinx’ 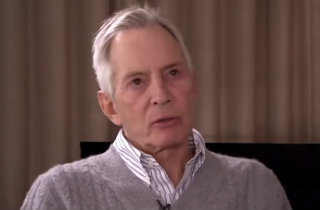 Thanks to the Russian hacking story, an update on the case of real estate heir turned accused serial killer Robert Durst flew under the radar for a couple days. On Friday, the Los Angeles Times reported that new court filings in L.A. included a transcript of an interview with prosecutors where Durst claimed that it was “obvious” he was “on meth” when shooting “The Jinx,” the 2016 HBO documentary series that led in part to his most recent arrest. The final episode of “The Jinx” ended with the discovery that Durst, still wearing his microphone after an interview, was talking to himself while using the restroom, ending with him saying “What the hell did I do? Killed them all, of course.”

Durst’s lawyers are trying to block the interview from being used against him in the prosecution for the murder of his friend Susan Berman. Durst didn’t have an attorney present during the interview, which the Los Angeles prosecutors conducted while he was held in a New Orleans jail, but the transcript shows Durst being read his rights and acknowledging that the interview could be “used against you in court.”

“I was on meth, I was on meth the whole time … it should have been obvious,” Durst said of his interviews in the Jinx, which were actually spread out over a few years. “I think the reason I did it had to be because I was swooped, speeding.” He remarked that he was surprised that his lawyers let him record the interviews, only for prosecutors to remind him that his team was against it. Durst also referred to himself as ““the worst fugitive the world has ever met” and said that he didn’t attempt to flee the country until the night before the finale of “The Jinx” because “I just didn’t really, really, really think that I was gonna end up arrested.”