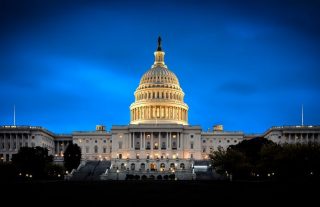 When for NSA employee Edward Snowden blew the whistle on his former agency’s surveillance practices, Americans went nuts. But who’s to say other, equally alarming programs aren’t currently in place? According to a new report by the Brennan Center for Justice at NYU School of Law, we can’t know for sure. The report, “The New Era of Secret Law” by Elizabeth Goitein, describes how different branches of government are able to enact and enforce policies without ever telling the public they exist.

How is this possible, when statutes are passed by Congress, federal agencies need to publish new rules and make them subject to public comment, and court decisions are typically published? Well, it turns out there are other ways to set rules or policies that have the same effect as laws.

For starters, the very surveillance program that Snowden revealed was allowed by a Foreign Intelligence Surveillance Court (FISA Court). The FISA Court ruled in the program’s favor, even though on the surface it may have gone against the PATRIOT Act. The government’s former practice of using methods like waterboarding when interrogating members of Al Qaeda and the Taliban was part of a legal memorandum by the Justice Department’s Office of Legal Counsel (OLC). Neither one was made available to the public at the time, and only certain members of Congress got to see them.

After Snowden’s big reveal, the Director of National Intelligence made certain FISA Court opinions public, but the report says that most pre-Snowden FISA case law is still secret, based on the Brennan Center’s Freedom of Information Act requests and conversations with Justice Department officials. On top of that, at least 20 percent of the opinions issued by the OLC opinions between 1998 and 2013 were classified. No less than 74 opinions, memoranda, or letters issued between 2002 and 2009 related to national security topics, including the “detention and interrogation of suspected terrorists, intelligence activities, and the law of armed conflict” are still classified.

Justice Department spokesman Kevin Lewis told the Washington Post, “Some opinions may not be appropriate for public release because they could reveal classified national security information or implicate confidential executive branch deliberations.”

A great deal of secret law is created by loopholes in FOIA that create exceptions for certain information. The first, known as Exemption 1, says that classified information is not subject to disclosure under FOIA. Turns out that rules themselves can be classified, keeping the public from seeing them. Another exception, known as Exemption 3, is often used by the CIA to hide much of their activity, creates an exception for matters “specifically exempted from disclosure by statute.”

A big argument for this is that secret law is often necessary for national security purposes. By making the existence of the laws known, it alerts potentially dangerous parties to issues that the government is looking into. The report argues that this practice goes too far. “National security has always required some level of secrecy in the details of operations,” it says. “The law is different. In the case of regulations and similar instruments, these establish general rules for conduct — not plans for specific operations.” The report suggests that if the government is going to create secret law, they should at least make it known to all branches of government, as well as “independent oversight bodies,” so that someone is watching, even if the public is kept in the dark.