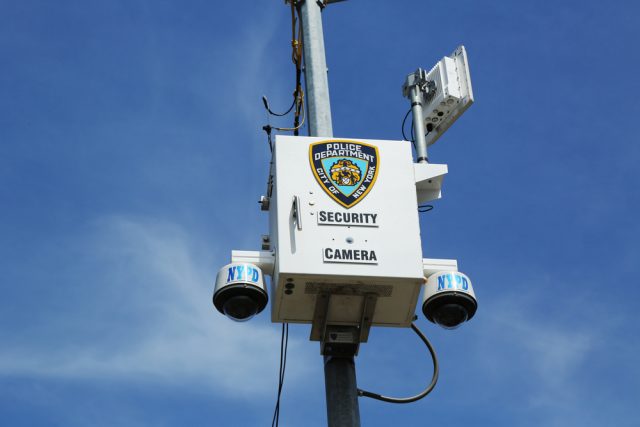 The Verge reports the documents are records of job reports from the NYPD Technical Assistance Response Unit (TARU).  In the documents, the news outlet reportedly discovered evidence that TARU was deployed to more than 400 instances, sometimes to record the incidents in progress.  Yet, The Verge claims the more interesting fact in all of this is what was not turned over — specifically, they did not receive a single document that reflects legal reviews and authorizations for these alleged surveillance operations that were signed off by the NYPD legal team.

While there is nothing new about NYPD conducting surveillance, the exact frequency of surveillance operations has apparently not previously been reported and departmental practices have been cloaked in secrecy, according to the report.

Additionally, the outlet says it uncovered evidence that the NYPD was not following its stated procedure for filming at events.  The Department is reportedly governed by Interim Order 22 that is supposed to require the deputy commission for legal matters to review police filming requests.  Additionally, the requests are supposed to include approvals for higher command and an explanation of the objective behind the recording.   Yet, the news outlet claims they were told no such records exist from the NYPD.

The attorney who originally acquired the documents, David Thompson, made no secret about his concerns regarding what he uncovered.

“This process is intended to be a control to ensure there’s an adult in the room, a legally trained adult in this case, who is able to understand whether or not the filming conforms to police guidelines or not,”  Thompson said.

Thompson said he is worried the NYPD is taking the matter seriously and more regulation is needed.

The NYPD did not reply to requests to comment from the news organization.